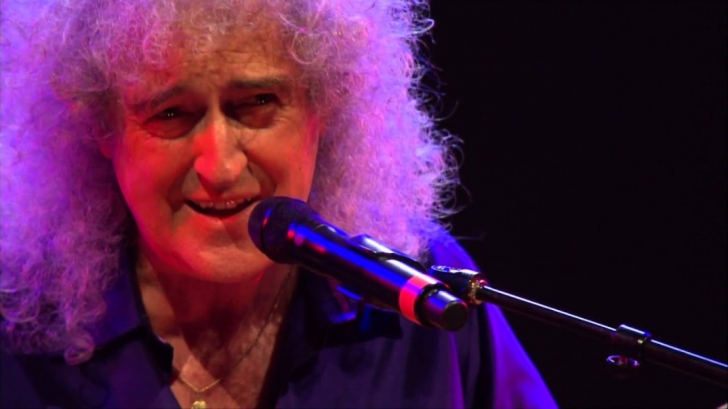 Queen guitarist Brian May lost his temper with a news cameraman in Australia.

The incident was captured when May arrived for Queen’s tour in Australia, headlining at the Fire Fight Australia benefit concert on Feb. 16.

May was filmed signing autographs at Brisbane Airport, and when he saw the Channel 7 News camera filming him, he stopped and said, “You gotta stop that because I ain’t doing this.” The unnamed cameraman followed the guitarists into the city and began shooting again as May met more fans. “Excuse me, I said no,” he said to the camera.

The video shows the clips out of chronological order, it’s unclear how May got pissed off with the journalist. He approached the cameraman and said, “All right, is this going to get ugly? Because you put it down now or else something ugly happens. Do you understand? You stop now. I’m serious, I’m deadly serious.”

It got heated up when the cameraman used his phone and kept recording. “Oh, the guy’s doing it on his phone now. You’re so clever, aren’t you?” May said, while posing for a picture with someone else. “What a parasite you are. Just leave us alone, will you?” He then moved toward the reporter, and another man stepped in as May said, “Do you not understand? All right, all right. You go away now!”

Brian May gets to his car and apologized to fans telling them, “I’m sorry it was made ugly by this guy. So sorry.”

Watch the clip below: