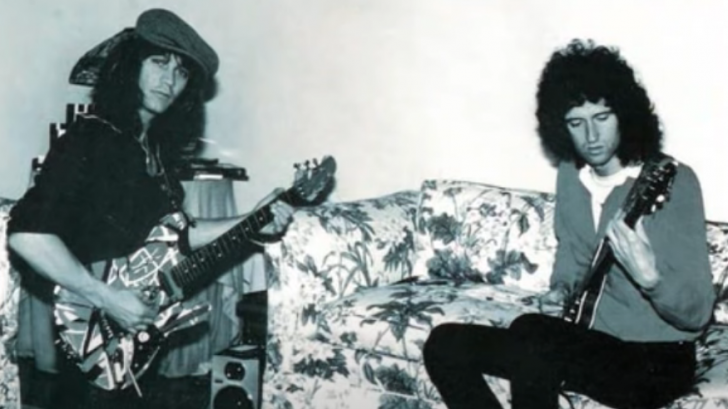 One facet of rock music that contributes to its mysticism is the fact that several of the genre’s biggest bands debuted during the same period. The 1970s and 1980s were loaded with iconic rock titans who frequently interacted. For example, Queen’s Brian May admitted that he and Eddie Van Halen became in touch and got “out of control” one night.

Brian May stated that he hasn’t remained in touch with his colleagues.

During Queen’s peak, the group met many of its contemporaries. As an outcome, the friendship grew spontaneously. May’s connection with Axl Rose of Guns N’ Roses resulted in his playing guitar on the group’s 2008 album Chinese Democracy. However, May told Louder Sound that he hasn’t maintained contact with Rose or other legendary musicians in the past years.

“There’s the occasional message [from Axl Rose] but really very little. I really should keep in touch better. I tend to be a bit shy and reclusive myself. I regret terribly that I didn’t keep in touch more with Ed Van Halen.”

During one crazy night, the Queen guitarist “completely lost it.”

Van Halen and May undoubtedly connected over their musical abilities. May told Louder Sound that both he and Van Halen spent a lot of time together. But one recollection between both the Queen guitarist and late Van Halen co-founder stands out.

“I have a lot of favorite memories, but I do remember one time him coming to see [Queen] play,” May said. “We went back to the hotel afterwards. He’d brought a bottle of his favorite drink with him, which I think was Southern Comfort. Anyway, he’s knocking it back, and so I started knocking it back, and I completely lost it. The next thing I remember I was on the floor in the bathroom, having fallen down and cracked my head on the washbasin. I don’t even remember going into the bathroom. It’s one of the few times in my life where I’ve gotten out of control.”