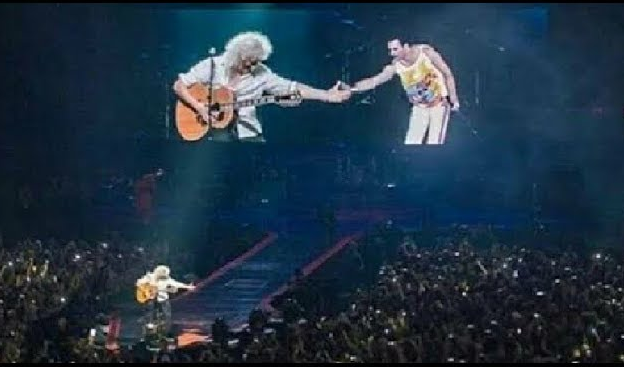 While classic rock fans will disagree on who their favorite groups are, they are far more likely to agree on Queen’s place in music history. Of course, the “Bohemian Rhapsody” hitmakers rose to prominence as one of the world’s most successful acts in the 1970s and 1980s. However, the passing of vocalist Freddie Mercury in 1991 had the potential to terminate their legend. Now, Queen co-founder Brian May reveals how the band has survived the years afterward.

The passing of Freddie Mercury in 1991 shocked the music world.

Despite the fact that Queen’s self-titled debut album was launched in 1973, it was “Bohemian Rhapsody” that established them as a breakthrough smash in North America. Many more famous songs would emerge over the years. “We Are the Champions,” “Don’t Stop Me Now,” “Another One Bites the Dust,” and “Under Pressure” are as well-known now as they were when they were initially released.

Mercury, on the other hand, sadly passed away in November 1991 of bronchial pneumonia, a consequence of AIDS. His loss not only buried one of music’s greatest unique voices, but also left Queen with no apparent route ahead. When “Bohemian Rhapsody” debuted in the 1992 film Wayne’s World, the group reached the charts once more. However, Queen’s final album, Made in Heaven, was released in 1995.

Brian May attributes Queen’s continuing existence to a serendipitous meeting.

However, Queen did not totally vanish. Even though the group hasn’t produced any new tunes since Mercury’s passing, it has remained active in other aspects. May stated to Louder Sound why he and Queen co-founder Roger Taylor thought Queen was finished.

“Oh, we thought it was over. Roger and I were convinced it would be impossible to carry on. As soon as we lost Freddie, the spirit was gone. We didn’t even have the desire, to be honest. Made In Heaven was supposed to be the final chapter, then we both plugged into our solo work. And then completely by accident we met Paul Rodgers, and we thought: ‘Maybe let’s work with this guy who was a hero to us, and see what happens.’”

Rodgers founded and was the lead vocalist of the group Free and Bad Company. And collaboration was created when May and Taylor hit it off with him. In 2005, the resulting musical combination was performed as “Queen + Paul Rodgers.” It was the band’s first tour since the mid-1980s.

Queen is still touring and thrilling crowds all over the world.

Queen worked to keep their legend alive on that tour with Rodgers. Of course, Mercury possessed a unique skill that could never be reproduced or matched. However, the band has frequently collaborated with other performers to offer its huge record of songs in novel ways. Most prominently, Adam Lambert has played with Queen since 2012, resulting in several spectacular tours.

The group’s willingness to tour alongside other musicians has undoubtedly aided the band’s place in music history. Longtime Queen fans may still see the band play live, and younger fans can experience the classic songs that Mercury helped establish decades back. Mercury, as May put it, is the “spirit” of Queen. But, in some ways, that energy lives on.