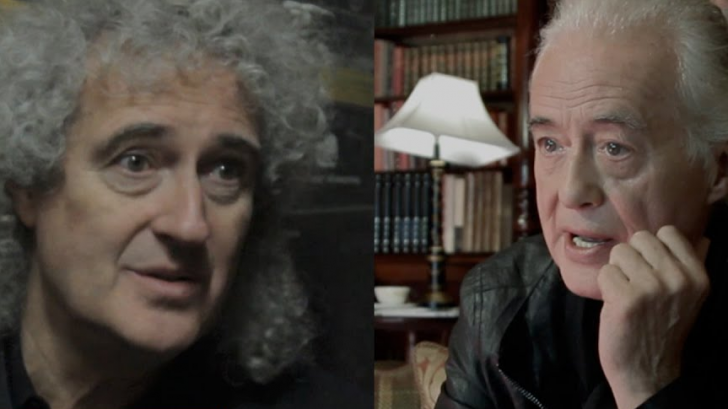 Jimmy Page was born on January 9, 1944, in Middlesex, England. He is considered one of the best guitarists in the history of rock, and at 73 years old he is not only known for having been the founder and guitarist of Led Zeppelin, but also for being, on the one hand, one of the most virtuoso musicians within the contemporary art scene, and on the other, as a member of the Order of the British Empire for his charitable work and help to humanity.

Brian May was born on July 19, 1947, and it was with Farrokh Bulsara (Freddie Mercury) who founded Queen. He is also considered one of the greatest rock guitarists, not only for his technique but also for the legacy of his group. He built his own guitar, the Red Special, and also has a Ph.D. in Astrophysics.