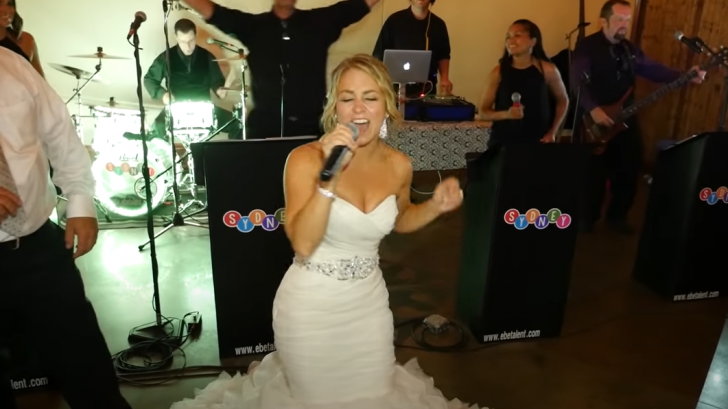 Nicole Cheslock turned the reception hall where she was celebrating her marriage into a small auditorium with her incredible voice, which made her a viral phenomenon on YouTube and other social networks.

A bride never expects to sing on her wedding day, but when the request is made by her own father, it’s hard to say no. That was precisely what happened to a young woman during the celebration of the union in marriage with her partner, who became the star of a sensational YouTube viral video thanks to her singing skills.

In the viral YouTube video, Nicole Cheslock turned the reception hall into a small auditorium thanks to her interpretation of the song ‘Don’t Stop Believin’ by Journey, which left all her guests stunned who did not expect to see the bride entertaining them as this amazing way.

The recording of the splendid performance of the bride went viral on YouTube as soon as it was shared and has accumulated more than six million views, unleashing all kinds of reactions among the huge community of users of the popular video platform and praising her talented voice.