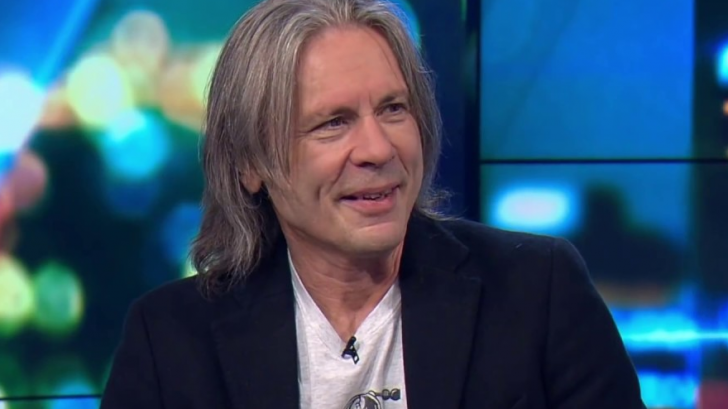 It shouldn’t be shocking that Iron Maiden’s Bruce Dickinson is a fan of Led Zeppelin given his expertise in heavy metal. But he has other motivations than you might imagine for loving the band’s discography.

Led Zeppelin were an inspiration to Dickinson as a young person, and they have been a constant throughout his life. Iron Maiden even recorded the band’s song “Communication Breakdown” and released it in 1990 as the B-side of “Bring Your Daughter To the Slaughter,” paying honor to them. They were able to accurately capture the essence of the original on their recording.

Dickinson further demonstrated his admiration for Led Zeppelin by using Robert Plant as an example when asked to describe the vocal style required for metal. He clarified: “There are basically three bases for the metal style of singing, and if you join aspect of these three singers, you have everything.

“These three singers are Robert Plant, Ian Gillan and Paul Rodgers. And if you join them in various combinations you have what everyone was always talking about.”

While Dickinson respects Led Zeppelin’s powerful metal side, he was most drawn to the group when they celebrated their English heritage by delving into traditional folk music.

Dickinson previously made an appearance on the BBC’s Masters Of Rock program, which gave viewers a peek into his vinyl collection. The musician highlighted some of his all-time favorite albums, notably Led Zeppelin IV, which had a significant influence on him throughout his foray into the realm of hard rock and heavy metal.

The album include well-known songs such as “Rock and Roll,” “Black Dog,” “Stairway to Heaven,” and the stirring closing piece, “When The Levee Breaks.” There is also “The Battle Of Evermore,” which satisfies Dickinson’s adoration of the folk sound of Zeppelin.

Dickinson discussed the band with Loudwire back in 2015 and said the following: “The early Robert Plant stuff, really early Zeppelin was unbelievable. My favourite stuff from that era, they did like Danish TV shows and they did live. Wow, it is like completely unedited. Raw as it was and it’s just astonishing, it’s primal.”

He was also asked to pick between Led Zeppelin and Deep Purple in the same interview. The singer acknowledged he “was always a bigger Purple fan than Zeppelin. But I never saw either Zeppelin or Purple when I was a kid, when they were in their heyday.”

He clarified his position by adding:“Zeppelin were adopted by American radio big-style. But I’ve got to confess that the thing I loved most about Zeppelin was their English folk roots. Not their copies of American blues tracks.”