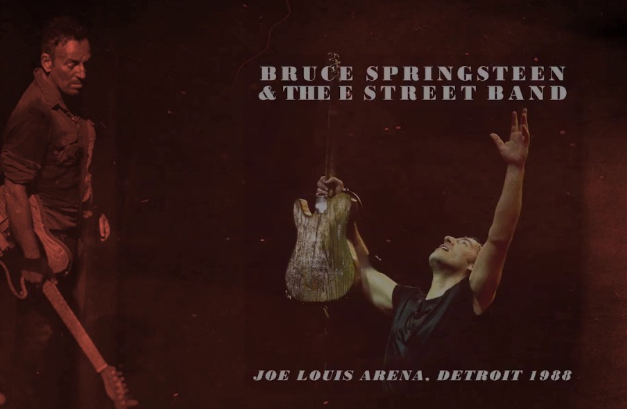 Bruce Springsteen will include the show recorded March 28th, 1988 at Detroit’s Joe Louis Arena for his latest release the ongoing live download series.

The Tunnel of Love Express tour features many songs from the album which includes the solo acoustic rendition of “Born to Run,” Elvis Presley’s “Love Me Tender” and the B-side “Be True” that was released on Springsteen’s Chimes of Freedom EP in 1988.

Springsteen only played “Walk Like a Man” 30 times and the last one was in Devils and Dust tour of 2005.

The Tunnel of Love tour was his last tour with the E Street Band — until reuniting in 1999. He was so tired of the group’s experimentation including adding horn section, moving members to different sides of the stage, and rearranging some standards, like “Born to Run.”

“When I wrote this song, I guess I thought I was writing a song about a guy and a girl that wanted to run and keep on running,” he told the audience in Detroit before playing it without the rest of the band. “But as I sang it through the years, it seemed like its meaning changed as I began to be able to hear the meaning that I’d put into it. I began to understand that it was about two people searching for something better, looking out into the world, embracing life, trying to learn how to live with the fact that there’s so much beauty and so much sadness side by side. I realized that they were out there looking, looking for a home.”

Keep going for the video below and listen to Bruce Springsteen’s “Walk Like A Man”: