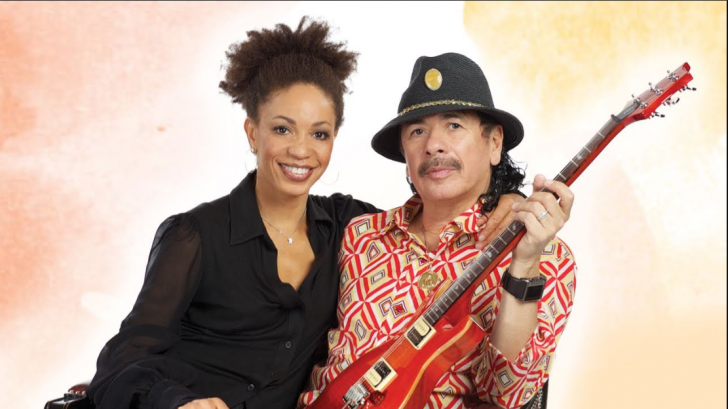 Carlos Santana and his wife, drummer Cindy Blackman Santana, performed their own rendition of John Lennon’s “Imagine” to raise funds to feed those affected by the coronavirus pandemic.

Carlos and Cindy joined with WhyHunger – an organization founded by Harry Chapin in 1975 — and SongAid, a global platform that permits artists to donate proceeds to charities. The track also appears on Cindy’s upcoming album, Give the Drummer Some, due for mid-September.

“Now more than ever, it’s important that we all come together to ensure no one in our world goes hungry,” Yoko Ono said in a statement. “I am excited that Cindy Blackman Santana and Carlos Santana’s beautiful rendition of ‘Imagine’ is helping to kick off this important campaign and bring my late husband John Lennon’s vision of a peaceful world, free from hunger, to this critical cause.”

Last week’s Friday, SongAid started releasing a weekly playlist of songs by artists contributing to the cause, with all the proceeds going to WhyHunger’s Rapid Response Fund. In addition to “Imagine,” other tracks were also featured to the week’s playlist which includes Tom Morello’s “Save the Hammer for the Man,” Darryl “DMC” McDaniel and the Hellraisers’ “I Was Born” and “Take the ‘A’ Train” by the Silkroad Ensemble with Yo-Yo Ma. Soon to appear by other artists will feature Wilco, Steve Miller and more on the weekly playlist.