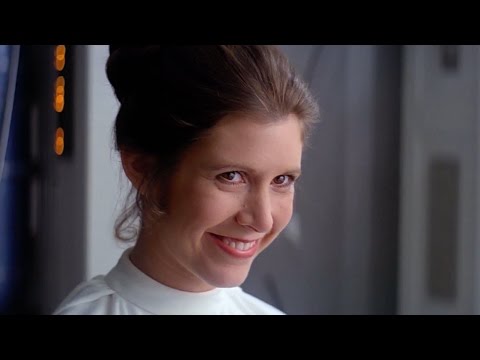 Music videos for Ringo Starr’s tracks were not always available. Considering this, Carrie Fisher co-starred in Ringo’s last No. 1 song video clip years after it became a smash. The video’s director described what the Star Wars hero thought of the former Beatles.

Carrie Fisher participated in a variety show which included a music video for Ringo Starr’s last number one song.

Variety specials were at their peak in the 1970s. Ringo, a tv film featuring the namesake Beatle, was one of these specials. A scene from the movie is a music video for Ringo’s last No. 1 song, “You’re Sixteen,” in which Fisher plays Ringo’s romantic lead. Surprisingly, the film was released 4 years after the track’s popular height.

Ringo was directed by Jeff Margolis. Margolis addressed Fisher in his 2015 book Ringo: With a Little Help. “Carrie Fisher was a big fan of Ringo’s and she couldn’t wait to do it,” Margolis said. “Everybody came prepared and everybody worked really hard, especially Ringo.

“Everything was memorized — there were no cue cards,” Margolis said. “We shot it like a movie; I really wanted it to have that feel, so I only used two cameras and sometimes only one camera. It was very different, for that time, for shooting a television special outside of a studio.”