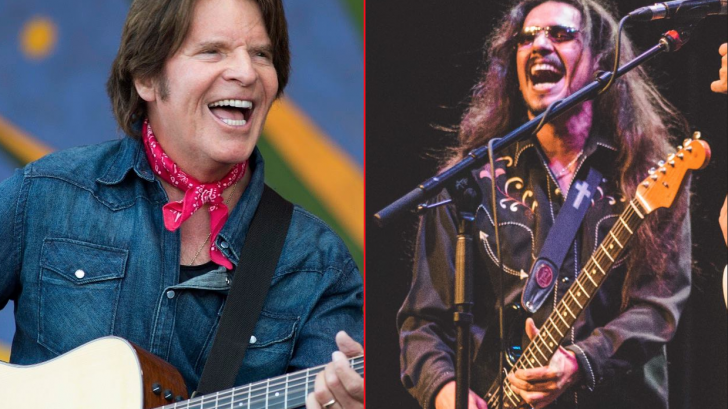 If you’ve ever wondered what Southern rock sounds like when it’s blended with a little Latin rock flavor, don’t worry – we’ve got you covered!

We’ve loved singer Henry Garza’s voice since his band burst onto the scene with 2003’s “Heaven” – but the way he channels the spirit of John Fogerty, tackling “Born On The Bayou” with just the right amount of honey and grit makes it known that while this is still a cover, there’s no denying the incredible influence John has had on Henry’s vocal style!

“Recording ‘Born on the Bayou’ was such a rock ‘n’ roll blessing, and it was such an honor to pay tribute to one of the best bands in history,” singer/guitarist Henry Garza told Rolling Stone.

“We love CCR and this song has always been one of our personal favorites. The guitar riff alone always gave me chills because it’s just so simply bad-ass.”

It’s rare that a cover sounds anything like the original, and even more so when the cover actually rocks. In this case, Los Lonely Boys succeeded in spades – we love the fact that they treat “Born On The Bayou” with a healthy level of respect, we also love that they had a great time while doing it.

After this, you’ll be dying to hear the rest of Quiero Creedence (ZZ Top frontman Billy Gibbons tackles “Green River”!) but in the meantime, enjoy Los Lonely Boys and their stellar take on this well loved Creedence Clearwater Revival classic!