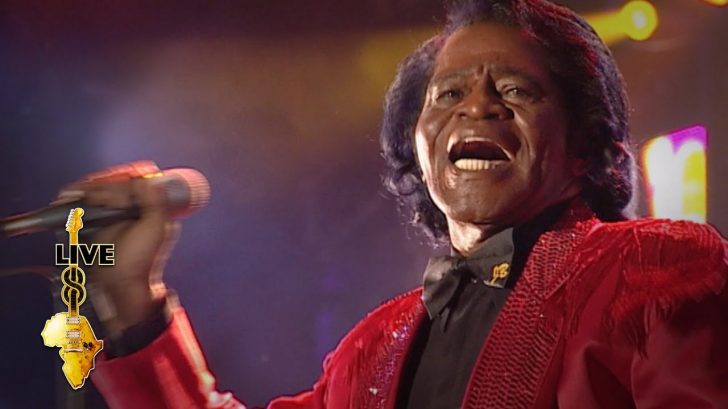 It might be difficult to miss out on all that joy, and nobody wants to ruin someone else’s holiday. But time does not wait for a man. to consume a fourth serving of ham with honey glaze. Death does not observe Christmas, so for some families, Christmas will mark the day they lose a loved one, and every Christmas after that will be tinged with sorrow as it marks the occasion of their passing.

Death is the ultimate equalizer, so even those who are wealthy, well-known, or powerful may meet their end at an unfavorable moment. These well-known individuals passed away on Christmas Day.

Charlie Chaplin was acclaimed as “the greatest comic actor in motion picture history” in an obituary that ran two days after his death on Christmas Day in 1977. Charlie Chaplin is best remembered for his work in silent films, particularly as the Little Tramp. In 1970, Queen Elizabeth II knighted Chaplin, who was referred to as Sir Charlie for the last seven years of his life. He was nevertheless a victim of the communist witch hunt frenzy that engulfed the US in the 1950s.

James Brown, the Godfather of Soul, managed to garner almost as many headlines after his passing as he did throughout his lifetime. Because events that occurred – or did not occur – just before and after his death on Christmas Day in 2006 were a little strange. Even if there may be perfectly plausible answers for everything, people began to raise questions because they didn’t know what they were. The doctor who really signed Brown’s death certificate suspected something was strange even ten years after his passing. According to Dr. Marvin Crawford, “He changed too fast. He was a patient I would never have predicted would have coded … But he died that night, and I did raise that question: What went wrong in that room?”

No matter what store you go into, Wham! ‘s timeless song “Last Christmas” plays over the speakers for at least three months each year. Thus, it is ironic that George Michael, a musician, passed away on Christmas Day in 2016. His five-year partner Fadi Fawas, who discovered him, told the Telegraph, “We were supposed to be going for Christmas lunch. I went round there to wake him up and he was just gone, lying peacefully in bed … George was looking forward to Christmas, and so was I. Now everything is ruined.”

Although Eartha Kitt’s last name may have first led to comparisons to cats in the news, she actively contributed to that perception. According to her obituary in the New York Times, she began her lengthy career as a dancer in the 1940s before moving on to Broadway, Hollywood, and the music business. She was successful in creating an impressive body of work in each one. Kitt, though, was 81 when she was diagnosed with severe colon cancer. On Christmas Day in 2008, she passed away at home with her daughter Kitt Shapiro by her side.

To be fair, Black people are the most well-known anti-apartheid activists in South Africa. However, they had a few outstanding countrymen who were loyal allies. Helen Joseph was among the most devoted. Her anti-apartheid activities are too many to detail here, according to Encyclopedia.com, but rest assured that she faced high treason charges, served two 5-year sentences under house arrest, was twice “banned,” and spent four months in jail to avoid testifying against Winnie Mandela. According to the New York Times, Winnie thought of Joseph as “family,” and Nelson Mandela wrote to Joseph from his cell on Robben Island when he was imprisoned.

Even with the extensive number of atrocities committed against Black people throughout the struggle for civil rights, the 1952 bombing of a home with the owners inside on Christmas Day, which also happened to be the couple’s 25th wedding anniversary, must stand out for its depth of depravity. Although Harry T. Harriette Moore survived the bomb until January 3, even though she would die as a result of it, therefore she isn’t officially included on this list. But make no mistake, Harriette was also murdered on Christmas Day, even though Harry passed away on that day. The two were targeted because of their founding of the N.A.A.C.P. branch in Florida. Harry was “the most despised Black guy in Florida,” according to the Zinn Education Project, but he understood what he was doing.

When it comes to midcentury chic, Dean Martin embodies it best—dressed to the nines, drink in hand, singing away in Las Vegas. According to his obituary in the Washington Post, his professional path was surprising given that he dropped out of high school before attempting to become a boxer and landing a job as a steelworker. However, Dean Martin became well-known due to his work with Jerry Lewis and the Rat Pack. But the person he appeared to be on stage wasn’t who he really was. For starters, his daughter claims that he was substituting apple juice for whisky.

“He was so different from what everybody thought he was. There was no one who could do Dean Martin better than Dean Martin,” according to her daughter.

Although Nicolae Ceaușescu is more known than his wife Elena, they allegedly dominated Romania for 2.5 decades “nearly in tandem,” according to the Independent. Was this a joyful rule, a husband and wife partnership caring for their country as if it were their own child? Um, no. More so, it was a brutal tyranny. They were killed by their own people in a shower of gunshots, just like countless other tyrants. 1989’s Christmas Day.

When the Hubble telescope was put into orbit in 1990, it represented cutting-edge, space-age technology. While males predominated in STEM fields, Nancy Grace Roman was a major figure in the development of the renowned satellite. In fact, according to her obituary in the Washington Post, she was so crucial to the project that she had been nicknamed “the mother of Hubble.”

Roman passed away on Christmas Day in 2018, at the age of 93, but not before seeing herself as a minifigure in the Lego set for women in space.

Martin’s passing was very painful. According to Sportscasting, Martin and his friend Bill Reedy were traveling home from a bar early on Christmas morning when their car was involved in a single-vehicle accident. It is unclear who was driving the car when they crashed because Reedy survived the accident but afterwards changed his narrative, saying that he was trying to protect Martin, who had a history of serious alcoholism. In the end, Reedy was found guilty of exceeding the limit.