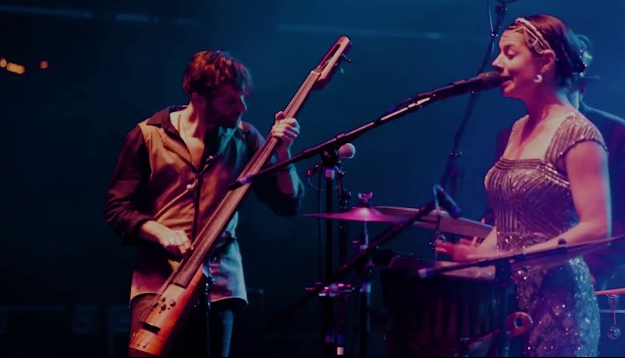 The book that her parents read to her every night before going to bed served Grace Slick to compose “White rabbit”, one of the best examples of psychedelic rock and a reflection on LSD that would elevate Jefferson Airplane.

When Grace Slick composed the song, she was still part of The Great Society, a band that also included her then-husband, Jerry Slick, and her brother-in-law, Darby Slick. At the same time, Jefferson Airplane debuted with its first folk-rock album “Jefferson Airplane takes off” (1966). As the original Jefferson Airplane singer Signe Toly Anderson left the group, Grace Slick took her place and the band took a different tack towards psychedelic rock.

The first album with Slick as part of the crew, and the second of the group, was “Surrealistic pillow”, published in 1966. The suggestive title delighted the singer: “Leave the interpretation to the listener. Asleep or awake on the pillow? Dreaming? Making love? The adjective ‘surrealist’ gives rise to many interpretations ”. This expression arose after Jerry Garcia of the Grateful Dead first listened to the album tapes and exclaimed, “Sounds like a surreal pillow.” For this work, Grace not only lent her impressive voice and physical presence, but also incorporated two songs from her previous project: the song ‘Somebody to love’, composed by Darby Slick, and, of course, ‘White Rabbit’

‘White Rabbit’ could not have come at a better time, coinciding with the San Francisco hippie, and was one of the key themes of the Summer of Love ’67 and the newly released psychedelic rock.

The song was one of the first to make explicit reference to the use of hallucinogens in the days of experimentation and LSD. Grace Slick did not hesitate to find a person responsible to justify her addiction: the adventures that Peter Pan, Dorothy or Alicia lived in the stories told by their parents.

This cover version of “White Rabbit” below was taken from Elephant Revival’s 2016 show at Red Rocks Amphitheatre. Earlier released videos from this concert include “The Garden” and “Hello You Who”.