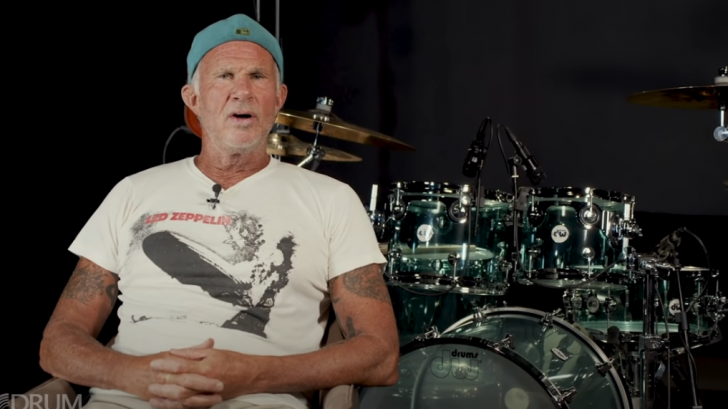 On September 12, Neil Peart would have been 69th, and to celebrate his birthday, the drummer of Red Hot Chilli Peppers’ Chad Smith offered his tribute to the life and legacy of one of the most influential and accomplished rock legends.

During his interview with the Drum Channel, Smith recalls his high school days spending hours listening and playing through Rush’s 1976 album, 2112. As he progressed, his own drum set expanded piece by piece so he could play like his ultimate idol.

“Any rock drummer needs to have a Neil phase,” Smith states. “You need to go through and immerse yourself in the…music of Rush and the drumming of Neil. There is so much. We’re lucky to still have that today.”

And of course, later on the two would eventually meet in person, the memories Smith cherished was during a backstage meeting where both showed their respect and admiration of each other. “Neil is Neil,” Smith concludes. “There’s only one, and there will never be another one.”

Neil Peart passed away on January 7, 2020, at 67 years of age in Santa Monica, California. Recognized as one of the greatest drummers in rock history, Peart had been fighting a battle against a brain tumor for three years but had not informed his fans due to a personal decision.

In case there was any doubt, the legendary Canadian guitarist Alex Lifeson has made it clear that Rush will never be an active band again, so there will be no records or tours after the death of Neil Peart. Lifeson clarified that he is open to continuing making new music with Geddy Lee, his friend, and partner since youth The two launched their own Rush beer with Toronto’s Henderson Brewing.