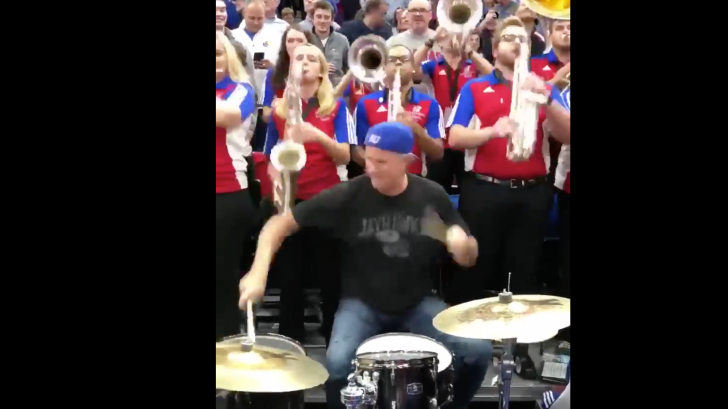 This Drum Solo Is “Fire”

There’s no doubt that one of the best drummers in rock is none other than Chad Smith from the Red Hot Chilli Peppers! I think it’s safe to say the dude absolutely slays and is still on top of the game even to this day.

We came across this clip on Facebook where he’s jamming out to some classic rock with a marching band, and of course he’s the center of attention. But goodness gracious look at that SPEED. He is feeling it. Not only that but check out the chemistry the band has with him.

Thanks for the jam Kansas Men's Basketball! #rockchalk

“Fire” was one of Hendrix’s biggest hits (yeah, he’s got a ton of hits, really) and it’s just such a high-energy song, it must be a freaking blast to play on drums. It’s so nice to see people still keeping classics like this alive, especially when they go viral on social media. It gives people the chance to remember and appreciate how good music was back in the day.

Here’s an old vintage clip of Jimi playing the original version in Stockholm.