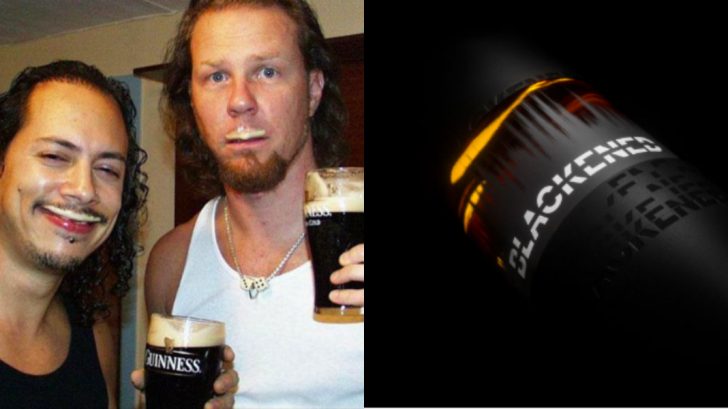 Metallica officially introduced the newest product from their collaboration with master distiller Dave Pickerell whom they were working with back in March. The output is their new whiskey called “Blackened”. This liquor is a blended American whiskey that will soon be made available online and at select retail stores.

Obviously, the name of the whiskey was inspired by “Blackened,” which is more known as the opening track of Metallica’s 1988 album “…And Justice for All.”

Pickerell was actually inspired to use sound to manipulate the whiskey when he created it with a unique blend of bourbons, ryes and whiskeys from all across North America. He said that the whiskey is “housed in black brandy barrels and inundated with low hertz sound waves so intense that it actually enhances the molecular interaction and ultimately the finish of the whiskey.”

Meyer Sound engineered a proprietary subwoofer that amplifies the low-frequency sound waves when they developed “Blackened”. Good thing Metallica’s music just happened to contain the low-frequency range needed to achieve what Pickerell and Metallica were going for. The patent-pending process of sonic enhancement called “Black Noise” came out of it.

You can find more details about ‘Blackened’ from their website