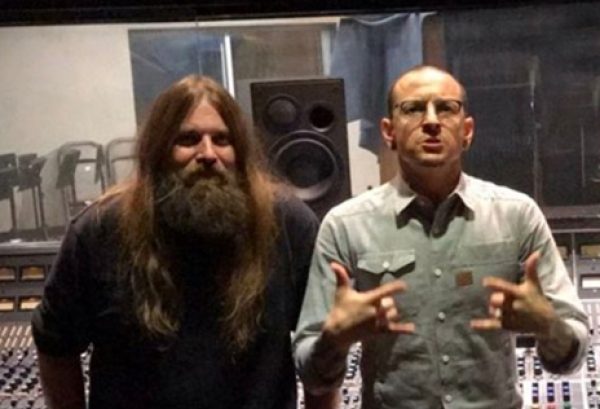 Lamb of God guitarist Mark Morton tweeted a photo back in April 2017 with Linkin Park frontman Chester Bennington which he hinted that they were working on a project. Bennington confirmed that news by citing some of the lyrics in an Instagram story. It was also revealed, Josh Wilbur was involved in the production.

Sadly, Bennington took his life in July 2017, but Morton shared some updates regarding on the project and his collaboration with Chester Bennington will be released.

“Chester and I made some really cool music together that we were both SUPER stoked about,” Morton tweeted. “And you will hear it!”

Chester and I made some really cool music together that we were both SUPER stoked about.
And you will hear it! https://t.co/wsu0hmjBHH

Morton’s tweet shows that his collaboration with Chester simply is a “killer.”

Although it is yet to be revealed what the project will sound, we can all just assume that it would sound heavy because of Morton’s background in music.

We’ll just have to wait for the secretive project that it will soon see the light of day.

“I got together with Josh (Wilbur, producer) a few weeks ago, and just documented some stuff they (Wilbur and guitarists Willie Adler and Mark Morton) had in the library of what they do,” Adler said. “Josh is coming out here at the end of November, for me and him to sift through it and find the ideal stuff, you know, that we both think is cool and we put the drums to it.”

Would you like to hear Bennington doing some heavy stuff? Let us know in your comments below.