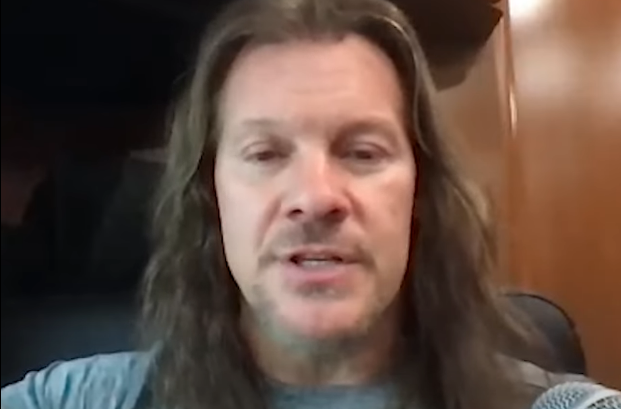 Fans have reportedly compared Chris Jericho’s singing to the famous Ozzy Osbourne’s in the past. But the Fozzy vocalist isn’t insulted by the comparisons; in contrast, he sees them as a compliment, and admits that the resemblance are owed partly to his own wider vocal ability.

“I’ve always had that in me. It’s not trying to sound like Ozzy, that’s my vocal range,” Jericho argued to PopCulture. “So there’s always been elements of it. As a matter of fact, on the Sin And Bones record, I said, ‘Let’s just fucking record a [Black] Sabbath song. Let me try and sound like Ozzy.’ And we did ‘Fairies Wear Boots.’ And if you listen to it, it’s, like, ‘Okay, now that’s Ozzy.’ So we’ve always had some of those elements.”

Jericho said that he refers to the chorus part of Fozzy’s track “Nowhere to Run” as the “Ozzy section” since the vocal delivery is comparable to Ozzy’s.

“And I think one of the reasons for that is when [guitarist] Rich Ward writes the melody line, or Johnny Andrews, our producer, who co-writes all the songs with us, they know what my wheelhouse is, and they know that there’s that high-end, I guess you’d say ‘Ozzy-esque’ style to it,” the singer continued.

Last week, FOZZY announced a fall leg of their “Save The World” tour in support of their new studio album, “Boombox”. The 20-date journey, featuring special guests NO RESOLVE and GFM, will begin September 8 in Columbus, Ohio and travel across the US and Canada, stopping in cities including Louisville, Pittsburgh, Milwaukee, Cincinnati, Charlotte, Richmond, Baltimore, Montreal, Toronto and Philadelphia, before closing October 10 in Virginia Beach.