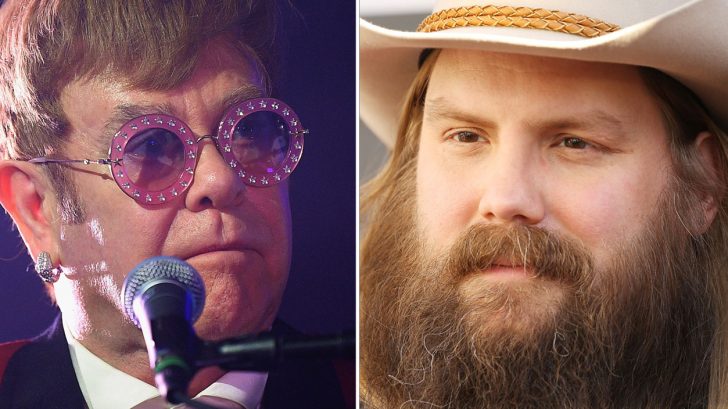 As Elton John braces for the busiest year of his career, the rest of the music world is celebrating accordingly. Along with longtime songwriting partner Bernie Taupin, John is days away from being honored with a pair of tribute albums – just in time for fans to gear up for the start of John’s epic farewell tour later this year.

Titled Restoration and Revamp and due out April 6th, the tribute albums find the biggest names in rock, pop, and country music reimagining some of John’s most career defining songs; it wouldn’t be complete, though, without perhaps the biggest name – and voice – in country music, Chris Stapleton.

Stapleton dug down deep into John’s catalogue, bringing forth a soulful cover of 2001’s “I Want Love” from Songs from the West Coast; while it’s not a classic in the vein of, say, “Goodbye Yellow Brick Road” or “Bennie and the Jets,” “I Want Love” is a classic in its own right, one that proved to be a gorgeous fit for Stapleton.

…Now Get Ready For The Brand New Version

Featured on Restoration, the country portion of John’s upcoming tribute albums, “I Want Love” stands steadily on its own two feet as a track that could by all rights be a country song (and a damned good one, too). Stapleton stays faithful to the original blueprint, scaling back his usual howls and exchanges them for a steady, measured delivery that brings out the loneliness and isolation in the song.

The strings, twinkling piano and soaring guitar solos of the original remain, providing a nice little foundation for Stapleton to build on, allowing that powerhouse voice to do what it does best: shake loose the cobwebs of your soul and get you feeling things you’ve forgotten.

It’s not every day that a cover eclipses the original, but Stapleton’s version of “I Want Love” absolutely does, if not come frighteningly close. Check it out in the audio below!