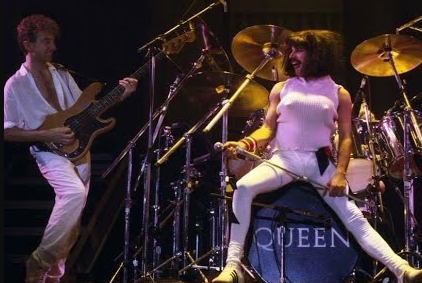 When the British band debuted in 1973, the first reviews they received from critics left them up to scratch, and they also failed to attract much attention from the United States. However, in April 1975 they visited Japan for the first time, where the fans gave the group an enthusiastic reception that surprised them. Bohemian Rhapsody’s No. 1 on the UK charts for nine consecutive weeks was somewhat later. From that first visit to 1985 Queen came to Japan six times.

Freddie Mercury and his bandmates got into trouble in some countries for this huge hit written by now-retired bassist John Deacon. It was the second single from the hit album The Works, which was released in February 1984: I Want To Break Free.

But despite being a favorite with fans and the general public, the song, and the accompanying video, generated considerable controversy in different parts of the world.

When I Want To Break Free was released as a single in 1984, it was another hit for Queen, number 3 on the UK charts. The song reached the Top 10 on most of the world charts, even reaching first place in countries like Austria, Belgium, and the Netherlands.

In the video below, the band performed their final visit to Japan, at Yoyogi in 1985. They performed I Want To Break Free and it was well-received by the Japanese audience/fans.

You can watch the performance below: