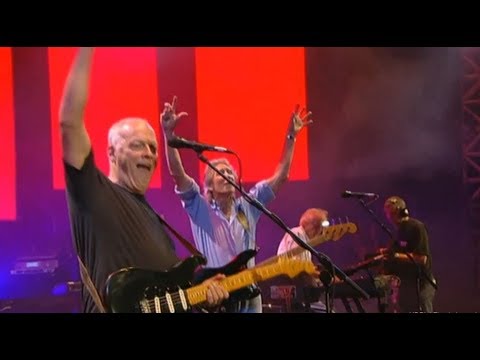 Music is like life itself, sometimes it gives us intense moments, those that turn you on, in which you close your eyes and the beautiful ones stand up, like some ‘guitar solos’. Sometimes they are melodic, sometimes raucous, slow or fast, and always passionate. The best are those that have stood the test of time, without expiring in our ears or in memory.

When it comes to selecting the best guitar work in the Pink Floyd discography things are difficult because these guys have given birth to such enormous things as “Shine On You Crazy Diamond”, “Time”, “Dogs”, “High Hopes” or “Money”. But what happens on “Comfortably Numb” is a string work so exceptional that it is divine. Guitarist David Gilmour, a perfectionist to the extreme in making the records, grabbed the best five or six recorded takes of the solo and combined its best parts to craft what would eventually be heard on The Wall. Bob Ezrin, co-producer and co-director of the album with Gilmour and Roger Waters, made it clear: “You can give this man a ukulele and he will make it sound like a Stradivarius.”

Comfortably Numb is the 6th song from the second album of the rock opera The Wall. “David Gilmour’s guitar solo is considered his best Pink Floyd solo and one of the best guitar solos in history; in fact, Guitar World magazine placed it at number 4 on its list of the 100 best solos in history.