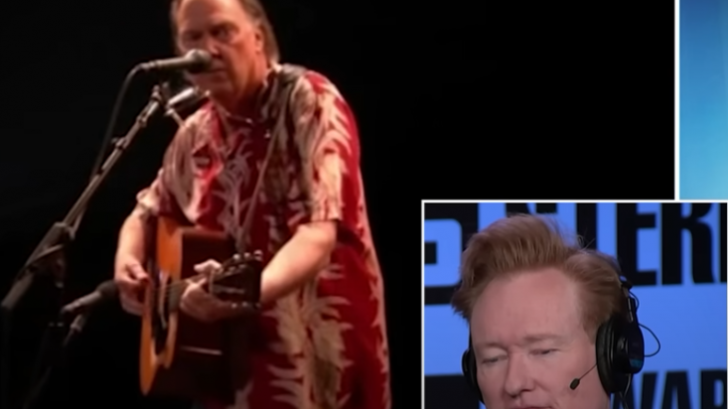 Television companies frequently take unpopular positions in order to boost their bottom line. NBC’s decision to replace Conan O’Brien with Jay Leno after Conan’s Tonight Show failed to draw in as many viewers as its predecessor caused some criticism.

O’Brien highlighted Neil Young’s support for him while speaking with Howard Stern about this trying time.

“I don’t know if he is because it’s all a blur to me now,” When Howard questioned him about the disagreement and if Young was among his final visitors, O’Brien said. “I have PTSD, and I’m medicated [laughing]. Neil Young came on, and I think he did ‘Long May You Run,’ and this was such a beautiful thing; it was amazing.”

Howard then brought up the fact that Young was one of the musicians who had shown support for him. Conan then expressed his gratitude for Neil by referring to him as a mensch, or a person of integrity. He stated:

Then O’Brien revealed if he had established a personal friendship with Neil following the conflict.

“Not really, no. I gotta say, I don’t know; I get intimidated by that. If I was going to meet Neil Young for a cup of coffee, I would get in my head about it because it is Neil Young.”

Conan joked about the situation and seemed to have moved on, but he made it plain that Neil’s support meant a lot to him. Young is a beautiful guy in the comedian’s opinion, but he is still a little apprehensive to approach the singer on a personal level.