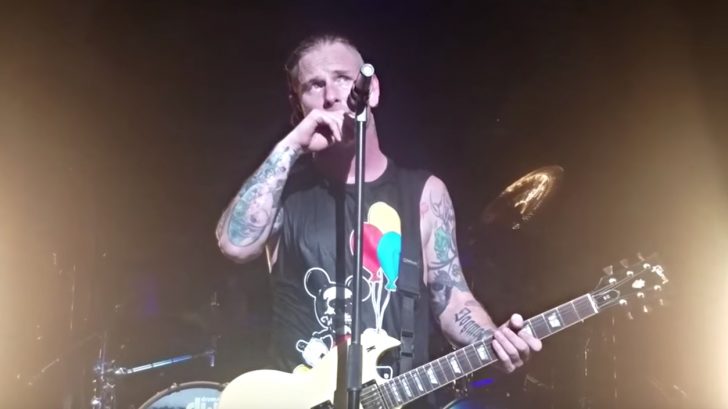 If you can believe it, it has been exactly one year since Linkin Park front man Chester Bennington took his own life, and the whole rock community was shook. Tributes poured in from people of all genres, and his suicide has helped bring forth awareness for depression and mental health.

One of the most emotional tributes that took place was Corey Taylor’s. Corey has fronted Slipknot and Stone Sour, so his career has crossed paths with Linkin Park many times throughout the years, and he and Chester were great friends. The night Chester passed; Corey took the stage with Stone Sour in Massachusetts for an emotional show. Throughout the show, you could see Corey was visibly hurt, and he poured out all of his emotion while performing Stone Sour’s song “Through Glass”, which he says was one of Chester’s favorite songs. He has a hard time getting through the songs, and the tears definitely will flow when you watch.

Check out the performance down below, and let us know what you think! RIP Chester!