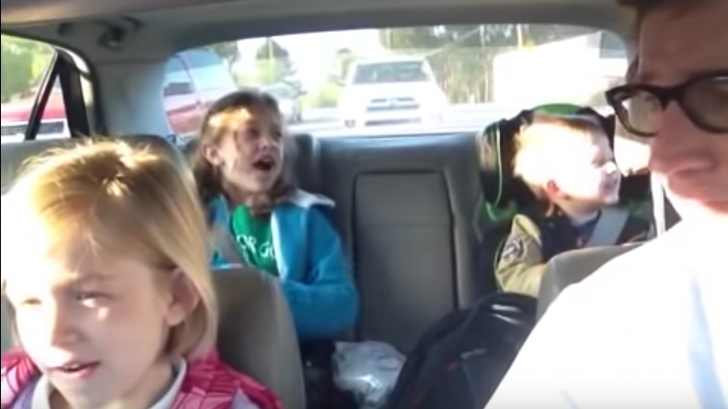 This is what you call parenting goals. You know, having your kids learn one of rock music’s greatest hits EVER. With the recent Academy Award victory for Bohemian Rhapsody, we thought it would be a good idea to dig up an oldie but goodie we found on YouTube.

Congrats to actor Rami Malek who did a tremendous job keeping the memory and magic alive of Freddie Mercury.

Happy Valentine's Day from me and this sexy loverboy right here my lovies ❤? . "I'm possessed by love — but isn't everybody?" -Freddie Mercury . P.S. Stay tuned for my Valentine's Day posts… ? . #FreddieMercury #HappyValentinesDay

There’s no doubt that was a difficult task to nail, but he did it, and did it well. The thing about iconic figures like Freddie is, it’s going to be really hard to do his character justice. He was just one of a kind.

Here we have papa bear taking his kids to school and they are singing every single lyric to the iconic song, word for word. This could only mean that he is raising his kids on good music. It means that he has played this song many of times to the point where they memorized everything.

That is what’s called good parenting and we need to remind our kids what meaningful music as an art sounds like!