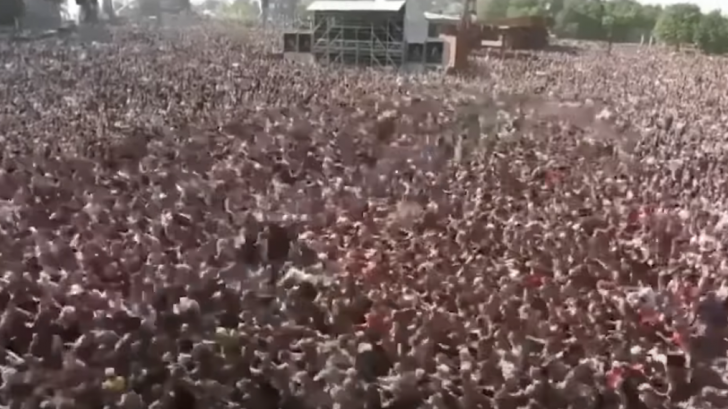 There is nothing better for those who go to a music concert for the first time than being as close to the stage as possible, where all the action takes place. With jumps, dances, touches, spitting (if you’re from the punk world)… dancing and bouncing with the public, celebrating the band’s hits in the middle of the night. A magical experience.

You feel the true camaraderie with people who, in reality, are complete strangers. An experience you will remember forever.

But then, in the cold, comes the harsh and harsh reality: shin splints, shoes that decide to become independent from you and you never see them again, beer-soaked jeans and total exhaustion.

Setting off flares is never a good idea, even at an outdoor performance. Bruce Dickinson recently slammed a fan in Greece for the same infraction, but it also happened during a Slayer concert in 2013. Where did the Slayer event take place on Earth? Greece! There appears to be a trend here.

Here we leave you the Dangerous Mosh Pits Ever Recorded.