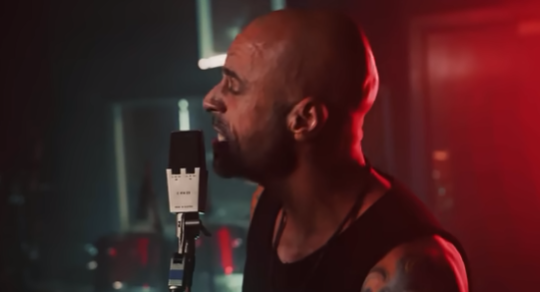 Lzzy Hale is not inexperienced with the art of writing a brilliant cover song; her band Halestorm is widely renowned for dazzling live audiences with their versions of other bands’ material, and they have recently released three EPs of cover songs.

Currently, Hale has teamed up with Chris Daughtry’s namesake band, Daughtry, for a new rendition of Journey’s “Separate Ways (Worlds Apart),” which features her rafter-shaking vocals. Notably, their combined version was made public on January 5, 1983, which was 40 years to the day after the original song was first played.

“Chris Daughtry and I have been threatening to unleash a duet for years,” Hale commented. “What better way to do that than by paying tribute to one of our mutual influences … Journey! This song is not only part of the ‘Stranger Things’ soundtrack, but has been my go-to for karaoke for as long as i can remember! I’m so honored to have been a part of this and I hope it makes you smile as big as I did while recording it!”

Watch the recording session behind-the-scenes and cover below: