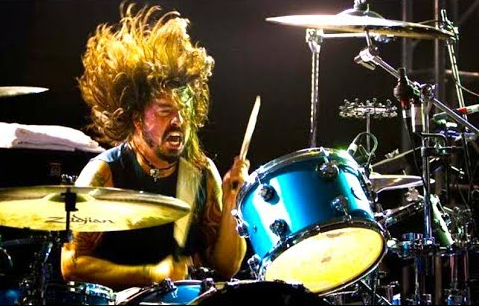 ‘We All Learned From Him’ – Dave Grohl On Neil Peart

“His power, precision, and composition was incomparable,” says frontman of Foo Fighters and former drummer of Nirvana who inducted Rush into the Rock and Roll Hall of Fame.

Dave Grohl was a known acolyte of Neil Peart who inducted Rush into the Rock and Roll Hall of Fame back in 2013. Dave paid his tribute to the drummer following his Death last Friday.

“Today, the world lost a true giant in the history of rock & roll,” Grohl said in a statement to Rolling Stone. “An inspiration to millions with an unmistakable sound who spawned generations of musicians (like myself) to pick up two sticks and chase a dream. A kind, thoughtful, brilliant man who ruled our radios and turntables not only with his drumming, but also his beautiful words.”

Grohl continued, “I still vividly remember my first listen of 2112 when I was young. It was the first time I really listened to a drummer. And since that day, music has never been the same. His power, precision, and composition was incomparable. He was called ‘The Professor’ for a reason: We all learned from him.”

Before Dave Grohl inducted Rush into the Hall of Fame, he told Rolling Stone in 2013 that it was Neil Peart who inspired him to pick up sticks and play drums.

“When I got 2112 when I was eight years old, it fucking changed the direction of my life. I heard the drums. It made me want to become a drummer,” Grohl said.

He also reminisced about what it was like to meet Neil Peart in person for the first time during the rehearsals for the Rock Hall ceremony:

“I was coming to rehearsal and I was meeting Neil for the first time, and this man was as influential as any religion or any hero or any person in someone’s life. He said, ‘So nice to meet you. Can I make you a coffee?’ And he made me a coffee, man,” Grohl said in 2013. “And later on that night, I went to dinner and had a couple glasses of wine, and I started fucking crying because my hero made me a fucking coffee. It was unbelievable, man. So that’s kind of how this whole experience has been.”

Both Peart and Grohl are included in the top ranking of Rolling Stone‘s list of the 100 Greatest Drummers of All Time. Grohl and other drummers in rock n’ roll paid their tribute to one of the greatest to ever play the drums.

“Thank you, Neil, for making our lives a better place with your music. You will be forever remembered and sorely missed by all of us. And my heartfelt condolences to the Rush family,” he wrote. “God bless Neil Peart.”

Grohl’s Foo Fighters drummer also had something to say to Peart.

“Neil Peart had the hands of God,” he tells Rolling Stone. “End of story.”

Watch the short documentary on Neil Peart — “The New Guy” below: