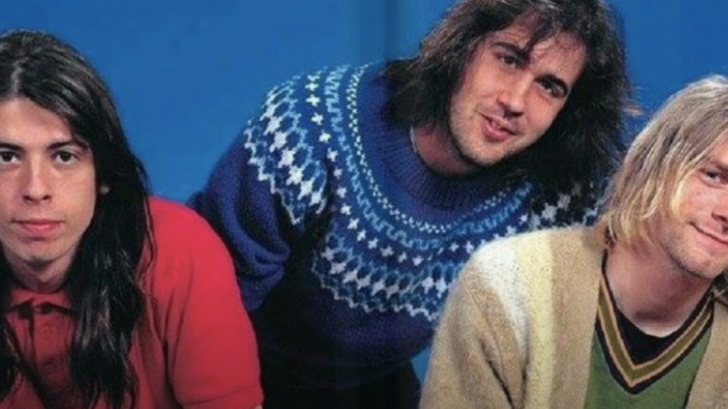 In an interview with Vulture, former Nirvana drummer and current Foo Fighters leader Dave Grohl said that Kurt Cobain kissed him in appreciation for his debut solo album.

As the drummer for Nirvana and the creator of Foo Fighters, Dave Grohl rose to prominence in the rock community. The musician also started a number of side projects, including his band Late! Probot, too. These endeavors did not, however, bring him any success and were relatively brief.

During the Vulture conversation, Dave Grohl was questioned by Craig Jenkins about the “Pocketwatch” tape and the moment he discovered Kurt Cobain was aware of his side projects. The musician replied that they were aware of his solo album recording. Then he continued by saying that he was aware of his position inside Nirvana and that was why he had chosen not to share these songs with them.

Regarding his album “Pocketwatch,” Dave Grohl stated to Vulture that:

“When I first joined the band,I played them some things I had recorded in Virginia in between Scream tours. So they knew I recorded things by myself, but they were these little sonic experiments. I was just smoking weed, and I didn’t have anything else to do.

It goes back to the famous old joke: What’s the last thing the drummer said before he got kicked out of the band? ‘Guys, I have some songs I think we should play!’ Recognizing Kurt’s brilliance as a songwriter, I wasn’t going to try to squeeze in there. I was like, I know what my role in this band is, I need to pound my drums and push these songs out into an audience like a steamroller.”

“I had a cassette, and I played them for Kurt and bassist Krist Novoselic in the van one day. Then I went back to Virginia at some point and recorded some more shit with my friend Barrett Jones on his 8-track. My friend Jenny Toomey had a label. She heard one of the songs and said, ‘I’m doing a compilation. Do you want to put a song on there?’ I did. And then I started trying to write songs.

Before, they were just these fucking crazy punk-rock experiments. I recorded the songs’ Floaty’ and ‘Alone + Easy Target.’ I was proud of them. I remember playing ‘Alone + Easy Target’ for Kurt. He kissed me. In no way did I think, like, Okay, this is going to be on the next Nirvana record. I was flattered and heartened. Kurt acknowledged me as someone who could write a song.”

When Dave Grohl joined Nirvana, he also started to work on this solo album. It is therefore understandable that Kurt Cobain felt gratified upon being recognized by the legendary vocalist given the popularity and notoriety that “Nevermind” and Kurt Cobain’s gifted songwriting brought to them.