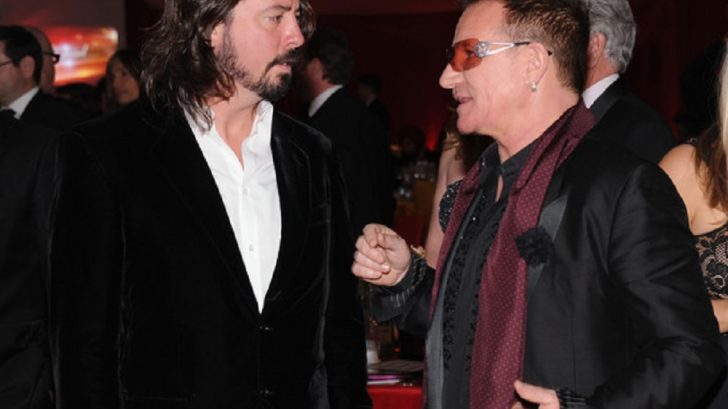 Just Dave Grohl Being His Usual Funny Self

Dave Grohl is probably one of the very few rockstars who can make light of ANY situation. And so when they had to reschedule some shows while touring in Canada in support of their ninth studio album “Concrete and Gold,” you know Dave’s gonna come up with a witty or hilarious comment about it. And boy, he didn’t disappoint.

Remember back in September 1 when U2 had to cancel their concert after just a few songs because Bono lost his voice? Well, the same thing happened to Dave which is why he joked, “That’s the last time I ever make out with Bono.”

“After opening this leg of the tour September 1 at Safeco Field in Seattle, Dave Grohl suffered a loss of voice and is now on vocal rest.” – Foo Fighters’ official announcement

The shows have been moved – September 8 in Vancouver, October 22 in Edmonton, and October 23 in Calgary.