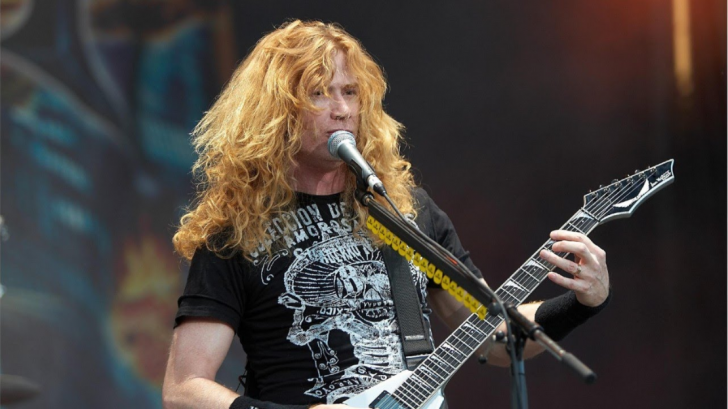 During Megadeth’s show at the SSE Arena in London, the frontman and bandleader announced the good news that he was 100-percent cancer-free after undergoing treatment for seven months.

In October, Megadeth bassist David Ellefson reported that Mustaine had his cancer treatment fully completed, and in November, Mustaine announced his progress during an interview with Rolling Stone but never revealed at the time that he was cancer-free.

During the concert at the SSE Arena in London, Mustaine announced an update regarding his condition:

“About a year ago, we were working on our new album back in Franklin, Tennessee, and I started to feel some pain over here [points to his throat]. So I went to the doctor and he said, ‘Dave, you have cancer.’ And I went, ‘F**k! I have cancer.’ And I was so shocked. At first, I thought, ‘Am I afraid?’ And then I said, ‘No. I’m f**king pissed.’ And we stopped the record; we stopped everything. I went into treatment for cancer. It was 51 radiation treatments and nine chemo treatments. And when it was all said and done, every day I would think, ‘I can’t face not playing again. I can’t face not playing again.’

So I would pray. I know a lot of you guys know that I pray. I say that in [Megadeth’s song] ‘Peace Sells’. I pray every day. I say that in the song. I’ve said it since the second record. But I thought about you guys every day, too. And I thought about my family. And I got this power from you guys. And I just kept thinking about it. And on October 16th, I went to go see the doctor, and he said, ‘You’re 100 percent free of cancer.’”