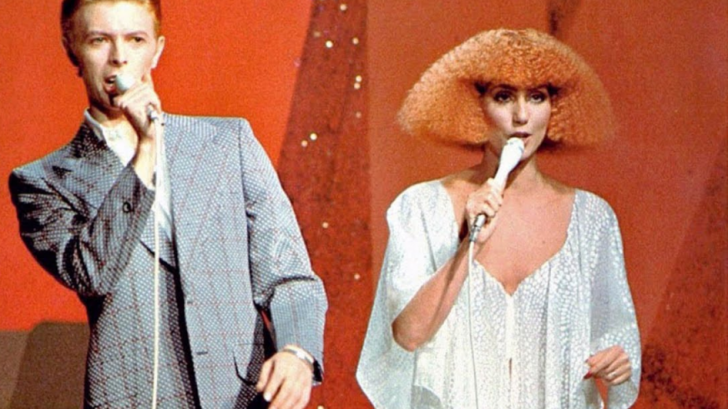 David Bowie started with his song Fame, his No. 1 American. He appeared with straightened hair, in the style of Thin White Duke, with a blue jacket and gray pants.

A poignant performance of Can You Hear Me followed, performed as a duet with Cher. Both Fame and Can You Hear Me were live vocals, sung over a pre-recorded backing track. Later, it was even recorded in the studio and was going to be published, but in the end, the release was suspended.

The show ends with a six and a half minute medley, which featured excerpts from no less than thirteen different songs. It’s one of Bowie’s rarest performances of his entire career.

Cher was in charge of choosing the songs that Bowie wanted to sing. They sing Neil Diamond, the Beatles, Coasters, and Bing Crosby.

Here is a list of the songs that appear in the medley.