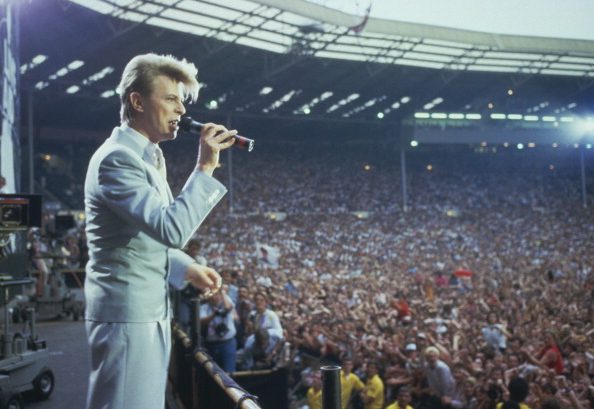 David Bowie was magnetic, and on top of that, he wrote incredible songs and changes his style every few years. And there was no time in our lives that we were bored of him.

“Ever unpredictable, the mercurial artist and fashion icon wore many guises throughout his life,” Rolling Stone wrote after his death. “Beginning life as a dissident folk-rock spaceman, he would become an androgynous, orange-haired, glam-rock alien (Ziggy Stardust), a well-dressed, blue-eyed funk maestro (the Thin White Duke), a drug-loving art rocker (the Berlin albums), a new-wave hit-maker, a hard rocker, a techno enthusiast and a jazz impressionist.”

Every musician loved him (and if some don’t then they’re just jealous), he was a pioneer of the music industry and gave people hopes and dreams, where he became someone to look up to. He had several personas, and that was his advantages, even with his outrageous dress, he stood out and was unique in many different ways. He showed people his wide range of talents with music and even as an actor. And these are just some of the main reasons why he was so influential.

“I always had a repulsive need to be something more than human. I felt very puny as a human. I thought, “F**k that. I want to be superhuman.”

“Fame itself… doesn’t really afford you anything more than a good seat in a restaurant.” Q Magazine, 1990.

“I suppose for me as an artist it wasn’t always just about expressing my work; I really wanted, more than anything else, to contribute in some way to the culture I was living in.” GQ, 2002

Below you can listen to a 19-hour playlist of Bowie’s discography.