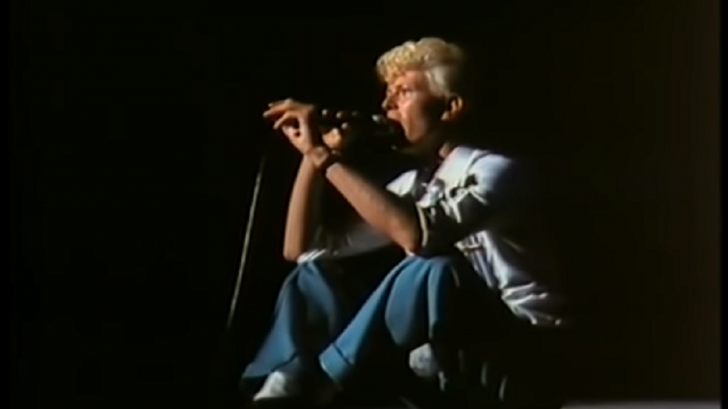 A Heart-Wrenching Moment For Everyone

David Bowie’s “Serious Moonlight” Tour ended on December 8, 1983. It was exactly three years after John Lennon’s tragic death. He wasn’t just a legendary musician, he was also David’s friend whom he has worked with in the recording studio. His guitarist Earl Slick suggested they pay tribute to John by playing “Across the Universe” by The Beatles.

However, David replied, “Well if we’re going to do it, we might as well do ‘Imagine’.”

It was a truly touching tribute and you can actually see him getting emotional during the performance – like he’s trying so hard to keep it together and not cry in front of the audience. They’re both artists who are seriously passionate about their crafts and it’s heartbreaking to see just how much John’s death affected David. His untimely passing was a huge blow to his fans and pretty much everyone in the music industry. No one ever saw it coming.

“I asked John one day, ‘how do you write your songs’, he said ‘it’s easy, you just say what you mean, you put a back beat to it,” he reflects. “I said ‘what do you think of my kind of rock ‘n’ roll?, he said ‘it’s great but it’s just rock ‘n’ roll with lipstick on.” – David Bowie

Yoko Ono once described John and David’s friendship as “close as family” though not everyone is aware of it. David even snapped a photo of John while in Hong Kong – and he didn’t know it was going to be the last him he’d ever see his friend.

We’ve seen several covers of “Imagine” but somehow, this one really gets to us. Maybe because of how simple and low-key it is contrary to what we’re used to seeing from David. But more than that, it’s how emotional it is – like David’s pouring his heart and soul into the song.

It will move you to tears.