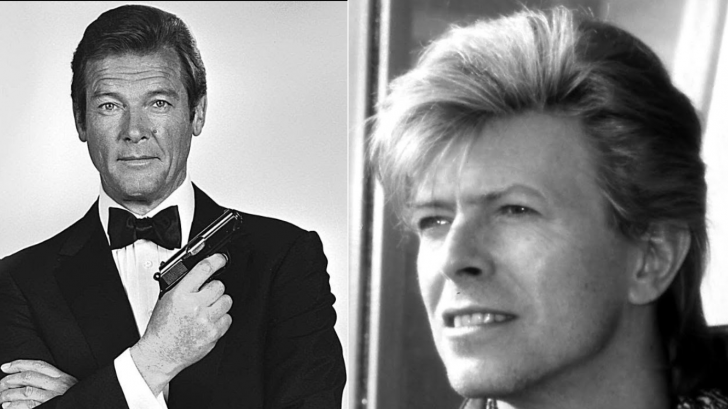 It is a curious friendship between Roger Moore and David Bowie that describes in his book Dylan Jones, author of David Bowie: A Life.

According to the writer, the one who played James Bond had befriended the interpreter of Starman at the end of the 70s, when the latter had settled in Switzerland. A country where he didn’t know anyone and where he wanted to escape taxes and drug dealers.

Dylan Jones explains, David Bowie: A Life, in an interview with the Telegraph, Dylan explained: “Kureishi told me this story, that when David Bowie moved to Switzerland at the end of the Seventies to escape tax and drug dealers, he didn’t know anybody there. He was in this huge house on the outskirts of Geneva – he knew nobody.”

“One day, about half-past five in the afternoon, there’s a knock on the door, and there he was: ‘Hello, David.’ Roger Moore comes in, and they had a cup of tea. He stays for drinks, and then dinner, and tells lots of stories about the James Bond films. They had a fantastic time – a brilliant night.”

But very quickly, David Bowie becomes disillusioned and their relationship turns sour, explains the author. The reason? The next day, and the days that followed, the actor did not stop making impromptu visits and telling the same anecdotes over and over. What seriously annoys his host.

He continues: “But then, the next day, at 5.30… Knock, knock, it’s Roger Moore. He invites himself in again, and sits down: ‘Yeah, I’ll have a gin and tonic, David.’ He tells the same stories – but they’re slightly less entertaining the second time around.”

“After two weeks [of Moore turning up] at 5.25pm – literally every day – David Bowie could be found underneath the kitchen table pretending not to be in.”