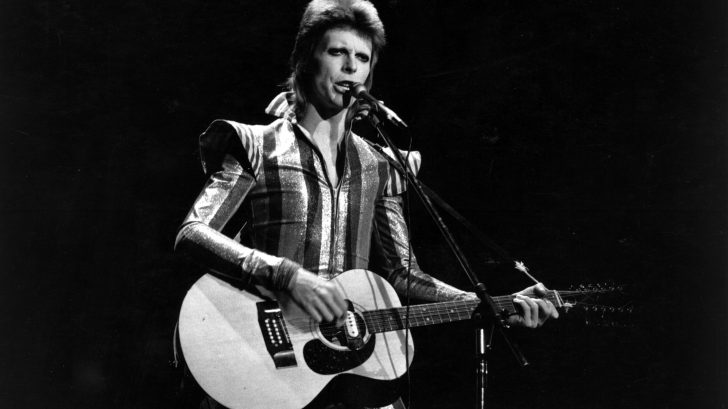 On the seventh anniversary of her father’s passing, 22-year-old Alexandria ‘Lexi’ Zahra Jones created a touching home movie in memory of him. The legendary icon passed away on January 10, 2016, two days following his 69th birthday, which also happened to be the day his 26th and final album, Blackstar, was released. For 18 months, he had been secretly fighting cancer.

A touching video of Jones and her late father playing about on a keyboard was posted with a picture of the two earlier. “7 years ago today, I miss you” the caption on her post.

Numerous users expressed their support for Jones in a deluge of responses to the post, notably Violet Grohl, daughter of Dave Grohl, who remarked, “all the love to u today,” and Frances Bean Cobain, daughter of Kurt Cobain, who posted an emoji of two hands making a heart.

The sole child of Bowie and his second wife, Iman, who stayed at his side from 1992 till his passing.  For a few seconds in the vastness of time, Iman and Bowie were one, she wrote beside a black-and-white photo of the two of them on Facebook.

The Office for National Statistics (ONS) has observed a rise in the popularity of baby names honoring Bowie after the artist passed away. For instance, between 2016 and 2021, the number of people using the name “Ziggy,” which was popularized by David Bowie’s 1972 album The Rise and Fall of Ziggy Stardust and the Spiders from Mars, increased from 49 to 136.