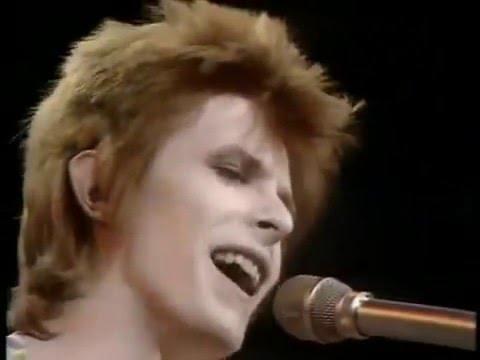 It has just been 50 years since the release of one of the most important albums in recent music history. The Rise and Fall of Ziggy Stardust and the Spiders From Mars marked a before and after in David Bowie’s career, but it also allowed us to meet his alter ego, an alien who came from outer space with a great sexual ambiguity, standard-bearer of freedom.

On June 16, 1972, with the release of this iconic album, the White Duke managed to bring together in one project everything he had been exploring for years, the elements he had been absorbing for a long time.

One of the most important songs on the album, which served for its presentation, was Starman. It talks about saving the world from an alien’s point of view, and was his biggest hit since Space Oddity. Half a century after it was released and became a hit, now a new version of the song never heard before is released.

This previously unreleased version was recorded during his iconic appearance on the UK music show Top Of The Pops. In the original presentation, the musician wore a matching red, blue and gold two-piece suit and strutted around the stage, embodying Ziggy, that character he created and that, little by little, was fading with the personality that he himself had.

Keep going for the  video below: