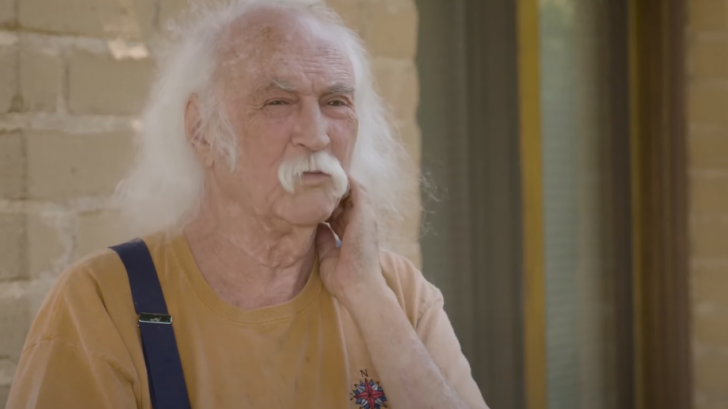 David Crosby, a CSNY icon, told the Los Angeles Times about the first moment The Beatles arrived in the United States and phoned him for a really specific reason. Following their crazy adventure in England, the group urged the vocalist to acquire some pot, he said.

David Crosby battled his serious substance abuse issues for a long time, costing him his riches and health until he understood he had to combat his habits. Crosby vowed to stay clean after being arrested for drugs on several occasions and going through difficult circumstances, and he announced recently that he hasn’t taken narcotics in years, save for soft substances like cannabis.

The musician said that he has been consuming marijuana for six decades and that it has not had a bad impact on his health or life, and has been a fantastic motivation and creativity for him. Crosby previously teamed with Steven Sponder to establish his own cannabis label called ‘Mighty Croz.’ Given the musician’s varied pronouncements about marijuana, it’s no surprise that he’s the one who exposed The Beatles to ‘the true plant.’

Crosby stated throughout his interview that English people were consuming a combination of hash and cigarettes. He was used to joints, though, and when they arrived, he handed one to The Beatles members. When George Harrison and John Lennon visited California soon after their cannabis gathering, they contacted Crosby. They begged Crosby to buy them more weed, and Crosby obliged.

“You were responsible for helping The Beatles find weed when they came to the US for the first time. Am I getting that right?”

“In England back then, they had only hash and would mix it with tobacco. Now, I get there, and I’m used to rolling joints. It’s a really good weed, and I give George Harrison a joint of a real weed. He likes that, a lot better than hash and tobacco… George was like really… John even more… Then when they came of course to California, I was the first call, and they said ‘Coz, we need some of that. You got to get over here right now,’ and I did.”