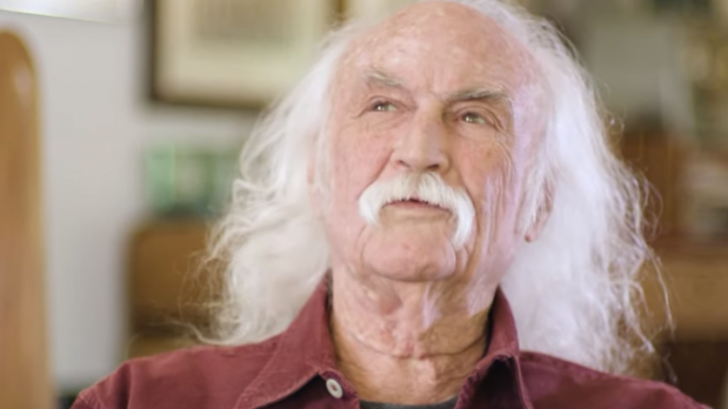 David Crosby, who passed away on Wednesday (Jan. 18) at the age of 81, is survived by six decades of music. During his career, he co-founded folk-rock pioneers the Byrds and formed Crosby, Stills & Nash with Stephen Stills and Graham Nash, one of rock’s earliest and most influential supergroups. Crosby, Stills, Nash, & Young recorded Déjà Vu, which went platinum seven times and is still one of the most well-known and adored albums of the 1970s, shortly after Neil Young joined the band.

Crosby produced Joni Mitchell and Leonard Cohen, released eight solo albums as well as numerous more with only Nash, and contributed vocal harmonies to recordings by Phil Collins, Hot Tuna, David Gilmour, and the Indigo Girls. He was frequently the most charismatic of his many famous partners thanks to his distinctive mustache, impish demeanor, and political outspokenness. In recent years, he also had the most consistently funny Twitter account of any classic rocker. Crosby was inducted into the Rock & Roll Hall of Fame with the Byrds and CSN after overcoming decades of drug addiction, health issues, and a period spent in jail in the 1980s. He remarked, “I should be in there a third time, just to make Clapton jealous.”

Let’s take a look back at David Crosby’s 10 Cream Of The Crop Songs:

The majority of the original songs on the Byrds’ enormously popular first two albums were written by Gene Clark and Roger McGuinn; only Crosby and McGuinn co-wrote “Wait and See” for 1965’s Turn! Turn! Turn! However, Crosby increased his involvement with Fifth Dimension when Clark quit the group in 1966, co-writing many songs and adding a few lines to the seminal psychedelic tune “Eight Miles High.” Crosby’s first solo composition credit on record, “What’s Happening?!?! , with a powerful tempo and careening guitar solos, made a basic, philosophical lyric feel like a pop tune.

Paul Kantner, who was initially unable to be included as a writer on Crosby, Stills & Nash’s 1969 debut owing to a legal disagreement with Jefferson Airplane’s management, collaborated with Crosby and Stills on the antiwar epic “Wooden Ships.” Both bands played “Wooden Ships” at Woodstock later that same year, and the Airplane later recorded a different version of the song on their album Volunteers.

David Crosby – “What Are Their Names”

If I Could Only Remember My Name, Crosby’s debut solo album, was released in 1971 and included an all-star backing cast. The album was gold-certified, although Lester Bangs and Robert Christgau criticized its jazzy excursions, and it failed to produce smash singles like the solo Stills, Nash, and Young material that came after Déjà Vu by CSNY. If I Could Only Remember My Name, however, was repeatedly republished and reassessed over the course of the following several decades as a significant cult classic.

In the 1980s, Crosby reached his lowest point as a heroin and cocaine addict and spent nine months in a Texas jail in 1985 and 1986. “While incarcerated, I awoke in a cell, realized who I was, and resumed writing. And that marked the start of the journey home. The first acceptable song was “Compass,” Crosby said in the 2019 film David Crosby: Remember My Name. The somber ballad about Crosby’s lost decade was included on American Dream, the entire CSNY quartet’s first studio album since Déjà Vu, released in 1988.

David Crosby – “Time I Have”

In the final ten years of his life, Crosby published five of his eight solo albums; this revived phase of prolific output began with 2014’s Croz, which was produced in the home studio of his son James Raymond. As tendinitis in his hands made it difficult for him to play the guitar, Crosby concentrated on singing on his latter albums, but he kept up his candor in his lyrics.

In the years following their breakup in 1970, Crosby, Stills, Nash, and Young divided into on-again, off-again groups. The Stills-Young Band only put out one full-length album in 1976, but Crosby and Nash made four albums as a duet. The lead single from Crosby & Nash’s second album, 1975’s Wind on the Water, was “Carry Me.” The third line of the song, which is somber, talks of Crosby’s mother Aliph Van Cortlandt Whitehead’s final years before her death in 1973.

“Lady Friend,” a non-album single issued between 1967’s Younger Than Yesterday and 1968’s The Notorious Byrd Brothers, is the only Byrds A-side written entirely by Crosby. The song, which was subsequently recorded by Flamin’ Groovies and the Posies, only made it as far as No. 89 on the Billboard Hot 100, but its vibrant harmonies and pounding rhythms made it something of a proto-power pop tune.

One of Crosby’s more ephemeral supergroups was David & the Dorks, which he performed in the Matrix nightclub in San Francisco in 1970 alongside Jerry Garcia, Phil Lesh, and Mickey Hart of the Grateful Dead. On the eight-minute “Cowboy Movie” from If I Could Only Remember My Name, which has lyrics that depict the members of CSNY as characters in a western, all three supported Crosby.

Crosby later recalled thinking, “I’m taking ‘Guinnevere’ and my weird tunings with me.'” Written in the open tuning EBDGAD, “Guinnevere” was Crosby’s first song to feature an unconventional guitar tuning. Crosby was fired by the Byrds during the recording of 1968’s The Notorious Byrd Brothers, and while some of his songs ended up on the record, Crosby later recalled thinking, “I’m taking Crosby sang “Triad,” a classic rock hymn by Jefferson Airplane, on CSNY’s 4 Way Street. This song was another dud for the Notorious Byrd Brothers.

During the first several years of the Byrds’ existence, Crosby and the other band members went from being short-haired folkies to long-haired hippies. It remained Crosby’s signature song for decades, long after his long, flowing hair stopped isolating him from polite society, and a killer guitar duel from Stills and Young marks it as a key CSNY track. “I wonder why I feel like letting my freak flag fly / Yes, I feel like I owe it to someone,” Crosby sang in one of the era’s defining anthems.