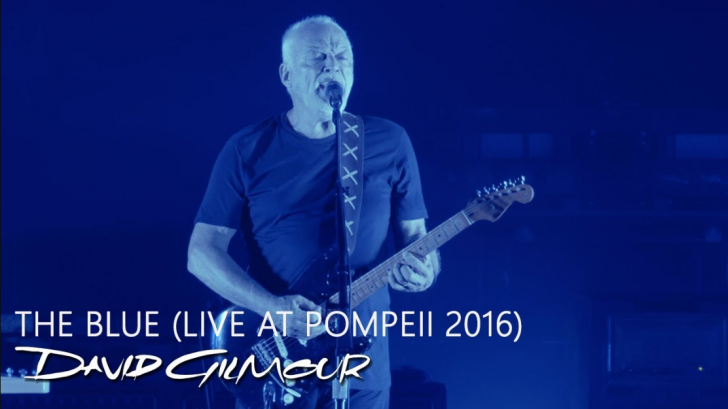 When David Gilmour returned to Pompeii’s Amphitheatre in 2016, it was for a special two-night concert event. It was a nostalgic place for Gilmour as he played at the same venue with Pink Floyd’s Live At Pompeii concert film.

The 2016 concert featured 24-song set which includes Pink Floyd classic hits, such as Shine on You Crazy Diamond and Comfortably Numb, and also from Gilmour’s solo tracks from his 2015 album Rattle That Lock.

After following the footsteps of Pink Floyd, Gilmour found himself a long-awaited solo performance at the Pompeii in 2016 in support of his latest album at the time, Rattle that Lock.

The theme of the concert was inspired by the iconic Pink Floyd’s 1972 Live at the Pompeii. Gilmour’s solo concert was then released as a live album and as a concert film. The film was shown in selected theatres for a night and followed by releases on DVD and Blu-Ray.

Great News! Gilmour made the entire concert completely watchable and free to stream on Youtube, you can watch the magic performance of the former Pink Floyd legend, Gilmour, Live At The Pompeii below:

In other news, David Gilmour recently announced the auctioning of more than 120 guitars he owns for a cause, stating, “These guitars have given so much to me, and it’s time for them to move on to other people who hopefully will find joy and perhaps create something new.”

This June, more than 120 of David's guitars will be auctioned by @ChristiesInc in New York, in aid of charitable causes. A tour of the collection will launch in London in March. Find out more at https://t.co/ZHNRLAl7t3 now. #GilmourGuitars pic.twitter.com/eSQgLUiRUk