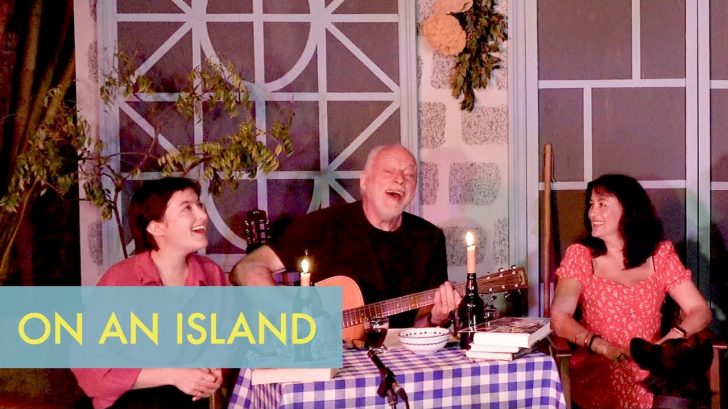 The Pink Floyd guitarist, David Gilmour, this time performs an acoustic version of his song, ‘On an Island’, in a video with his family.

Within the so-called ‘Von Trapped Series’, in which Gilmour’s family and his wife Polly Samson share the scene with their children and grandchildren, the guitarist can be seen performing this piece that gave the title to his 2006 album.

Gilmour explains that this theme collected in the ‘Von Trapped Series’ was interpreted on April 23, 2020, during the lockdown quarantine, and can be seen in a longer video corresponding to one of the broadcasts that they made live during the worst months of the pandemic:

The outstanding result of this family time he managed to compose his first solo song in a long time, ‘Yes, I Have Ghosts’, where together with his daughter Romany he performed the song that served as an accompaniment for the audiobook-novel published by his wife, ‘A Theater for Dreamers’.