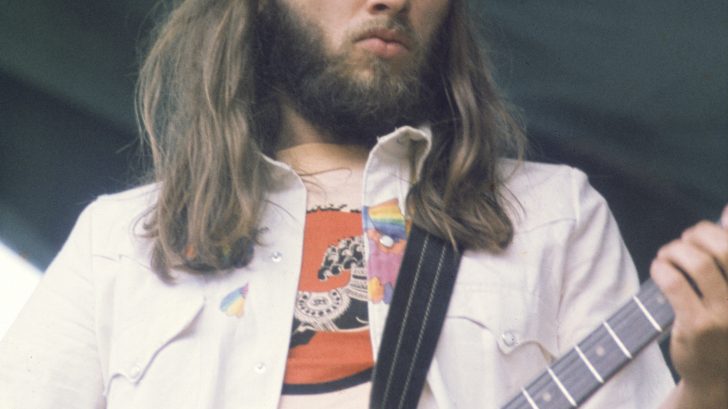 David Gilmour, a symbol and god of the six strings, contributed the guitar solos in his years at Pink Floyd. It was not an easy task, but this has been his final result:

Although the guitar solo is only 30 seconds long, it is powerful like the bombs he talks about.

9. Wish You Were Here

One of the most famous acoustic guitar solos, the solo on ‘Wish You Were Here’ perfectly conveys the emotions of the song. In addition to being composed by this musician, “Wish You Were”, one of the most beloved ballads in history, has a great solo that accompanies his voice, as if he were directing the rhythm with it. You’ve surely heard this solo more than once.

While the solo on ‘Hey You’ is often overlooked, it is undoubtedly one of Gilmour’s best works.

“Us and Them” was rejected by the Pink Floyd recording company for release. Claiming the song was too depressing… and the solo surely didn’t make her sound any happier.

“Have a Cigar” concludes with a guitar solo, which is interrupted by a synth sound effect as the music is reduced in volume.

This cut has a different solo from Gilmour, since it uses the Double Track technique, which consists of recording the same solo twice (sometimes with variations in some notes) to double the sound. Great full-length solo on an iconic track.

4. One Of These Days

One of the best solos with Slide ever heard. “One Of These Days” is a very rock composition by Pink Floyd, where Gilmour’s guitar is the one that roars the most with those dragging that reminds us of another guitar god like Jimmy Page.

An iconic song in Rock as is the second part of “Another Brick In The Wall” contains a solo repeated over and over again by thousands of guitarists who dream (this one that he writes is included) of one day resembling Mr. Gilmour. Surely some of the solos that we have placed in lower positions were better than this one, but ew think that in the end the weight that this cut had in the history of Rock has influenced the decision.

2. Shine On You Crazy Diamond

A wonderful guitar intro opens this legendary track with which the band paid homage to Syd Barrett. Very inspired only that it deserves to be in the second place of this Top and in a compilation of memorable solos.

Not just Gilmour’s number 1 with Pink Floyd, but one of the best solos in Rock history. The emotion that the guitarist takes out of the two scores that make up the song is memorable. Put this song at full volume and let yourself be enchanted by Mr. GILMOUR.