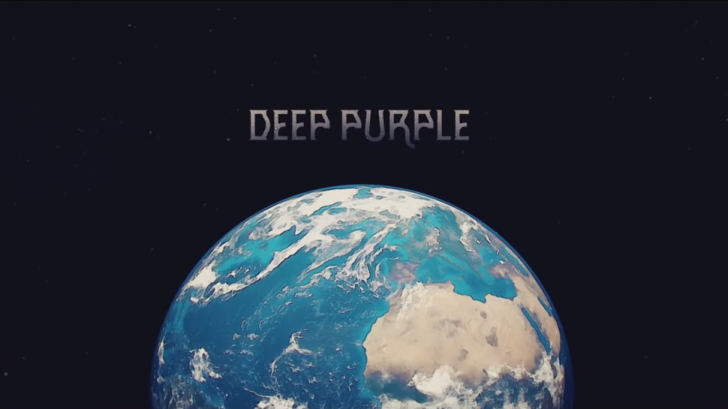 The song follows up with heavy guitar riffs and groovy drum lines, leading to Ian Gillan’s one of a kind voice.

“I don’t know what lies ahead / It’s all a mystery, man, I heard it said / You do your thing, you do your best / I take a guess at what happens next,” he sings before launching into the chorus: “All I got is what I need / And that’s enough as far as I can see / Why should I walk into the great unknown / When I can sit here and throw my bones.”

The climax comes halfway through the song, where the group opens things up with heavy and powerful jam session, with Steve Morse wailing guitar solo completing the song.

“Whoosh! is an onomatopoeic word that, when viewed through one end of a radio-telescope, describes the transient nature of humanity on Earth,” Gillan explained. “And, through the other end from a closer perspective, illustrates the career of Deep Purple.”

The singer previously shared some details about their upcoming album:

“Each member … arrived at a rehearsal studio and then a recording studio at roughly the same time on roughly the same day with roughly no idea of what we were doing,” he revealed. “It was a total coincidence. … Tuesday, we made another album, and Wednesday we went to the pub. Something like that anyway. It was all a blur.”

You can watch the “Throw My Bones” video below.