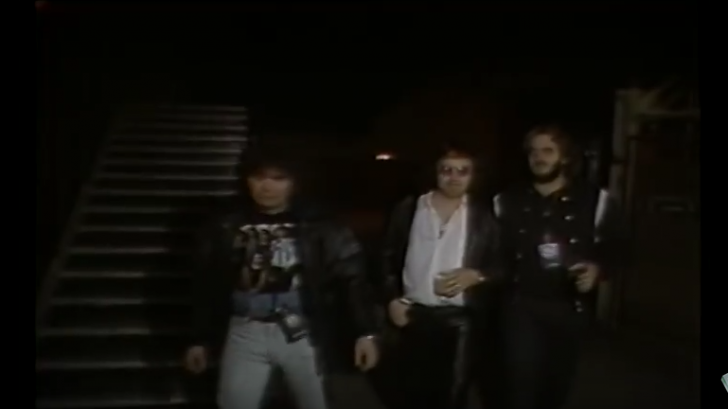 These Boys Know How To Have A Little Fun

Even if you’re part of one of the biggest rock bands on earth, life can still get a little monotonous – record, tour, concerts, TV show appearances. So what do you do? You make sure you have a good time while you’re at it. And with this footage from Deep Purple, we get a glimpse of how the boys like to have a good time backstage – by pulling pranks.

This was during their performance at the Wembley Stadium back in 1987. Their official YouTube channel states:

“Deep Purple having a little fun with the press at their infamous 1987 Wembley show. The band were on tour supporting ‘The House Of Blue Light’ album. They are being helped out by their friend, Don Bernstein from The Hard Rock Cafe. Ritchie Blackmore refused to play the encore and the band played Smoke On The Water without him. Purple were always on the edge which gave it the excitement that we know of today. Enjoy!”

So yes, before there was MTV Punk’d which played practical jokes on celebrities, Deep Purple already pulled a prank on the MTV camera crew. Maybe that’s where they got the idea? Hmmm.