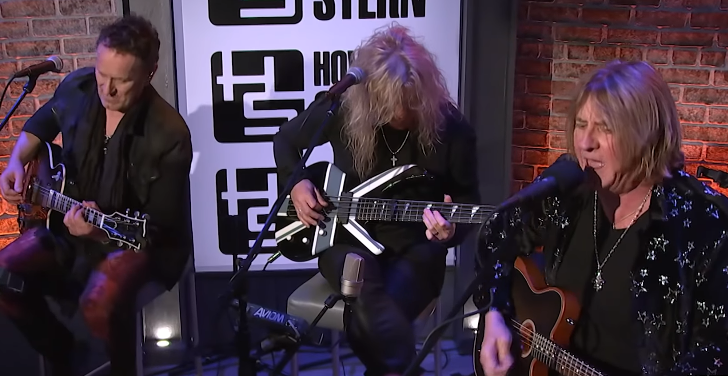 This Is How You Rock The Stern Show Studio

Def Leppard performed once again on the Howard Stern show just a few days before getting inducted into the Rock and Roll Hall of Fame.

Frontman Joe Elliott, bassist Rick Savage, drummer Rick Allen, and guitarists Phil Collen and Vivian Campbell told stories during their visit on the studio by tackling some of their hits including drawing inspiration from David Bowie and Queen, a result of their multi-platinum albums “Hysteria” and “Pyromania,” and one wild story as well was the time when Allen persevered after a horrible 1984 car accident that took his precious left arm.

Def Leppard also performed two live songs on the Howard Stern Show: covering Bowie’s “Ziggy Stardust” (available above) and a stripped-down rendition of their original  “Pour Some Sugar on Me” (available below).

You can also check the full highlights from the Def Leppard’s appearance on the show below telling stories about their time recording their albums: