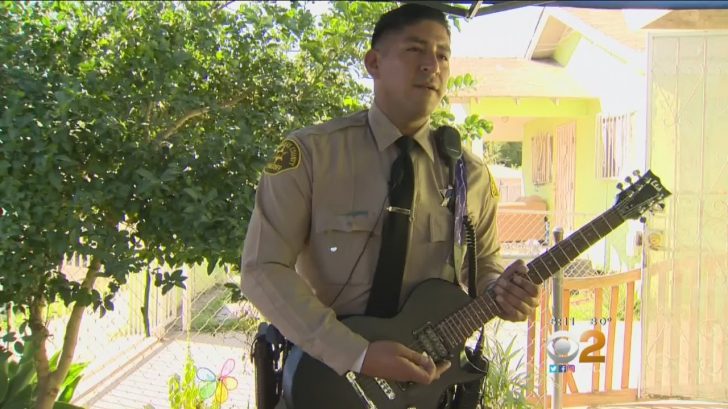 Deputy Officer Miguel Garcia with his partner responded to noise complaints, however, upon arriving they find a garage band who were practicing, and instead of shutting down the deputy joins and jams with them.

The officer picked the guitar and started playing The Offspring’s The Kids Aren’t Alright with the band. The moment was captured by a teen who picked up his phone and recorded the jam session. The video was then posted to the LA Deputy Sheriff’s Department’s Facebook page, and it quickly display the cool side of Officer Garcia and spread on the internet, generating, as of this writing, at least 60,000 shares.

Officer Garcia was interviewed by the CBS News: “I was goofing off and I told my partner, ‘Wow they sound really good,'” Officer Garcia told CBS News. “It only made sense to encourage the members of the band. It’s better they’re here than on the streets,” he adds.

Watch the interview below: