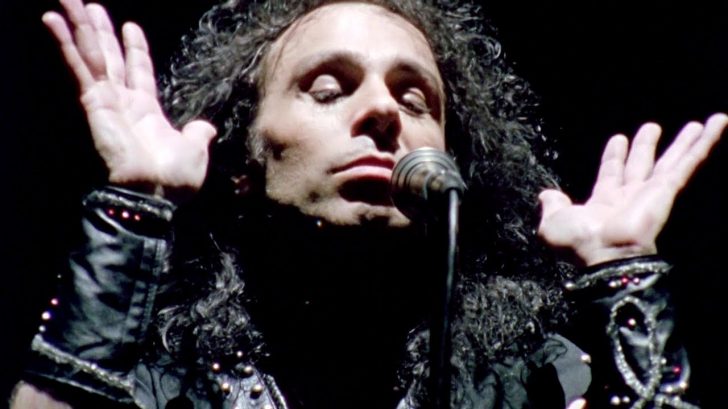 Despite being an American, the late Ronnie James Dio was largely influenced by British bands. Two rock groups in particular appealed to him on a deeper level, and their influence led to his eventual passion for music.

Given his fondness for British music, it seems sense that Dio should step in and take over as frontman after Ozzy Osbourne departed Black Sabbath. Ritchie Blackmore also created Rainbow, the rock singer, after being artistically dissatisfied with living in Deep Purple and yearning for a new beginning.

Dio idolized Deep Purple as a young man, so getting to play alongside one of his idols in a group was a dream come true. The longtime Rainbow leader claimed that Purple and Led Zeppelin were his two biggest influences in a 2005 discussion with Let It Rock.

Dio revealed: “Those who influenced me were Deep Purple and Led Zeppelin. Mainly English bands of that era. But especially Purple and Zeppelin. That’s what made me want to do this more and more, and more. Because the first band I was in back then, ELF, were much more a kind of honky tonk rock ‘n’ roll band.”

He continued: “But I always wanted to be able to play heavier music. I loved their musicianship – I thought they were the best musicians on Earth! – those were the people I really cared about when I was into this kind of music.”

Ironically, Deep Purple were the group who inspired him to become a musician, and he subsequently joined a group that was founded out of dissension within the band. Additionally, in 2009, when Dio gave Blabbermouth a list of his top five songs of all time, he included “Smoke On The Water” and referred to it as “one of the greatest songs of all time.”

Adding: “Ritchie (Blackmore) wrote a riff that we can all play — so simple, but it is a magnificent riff. I just think it’s one of the ultimate classic songs of all time, and when I hear it, I hark back to that time in my life — it’s important to me.”

There are tapes of Dio’s early band, Elf, performing the English bands, even if his passion of Led Zeppelin didn’t come out in the same manner as Deep Purple.

Deep Purple and Led Zeppelin’s effect on Dio as his career progressed decreased as he moved on to a darker approach, but his admiration for both bands persisted. They helped to mold his early professional years and set him on the way to become one of metal’s most adored icons.