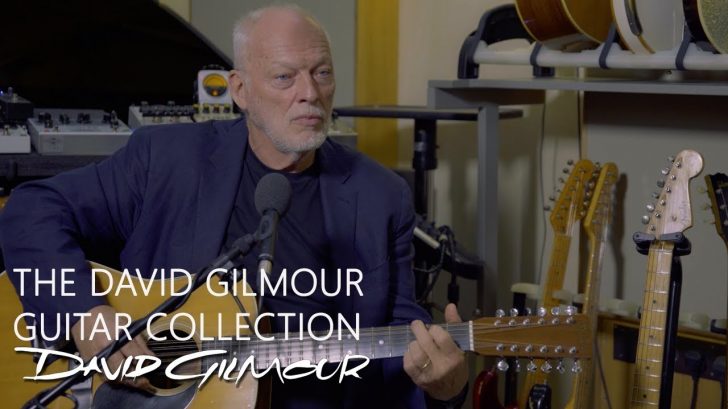 David Gilmour’s guitar collections are very impressive. A selection of his guitars is were displayed at Christie’s in Los Angeles for auction in June 2019.

Some of the guitars have reached near-mythical proportions in Gilmour’s legacy, including an all-black 1969 Fender Stratocaster that he used on most Pink Floyd recordings between 1973 and the mid-80s. Also, a sweet red apple Strat that was his first guitar from 1988-2005 and a 1954 white model with gold parts and serial number 0001 given to him by Leo Fender.

Also on display are two other Stratocasters, a 1954 model and a 1957 blue model believed to have been tailor-made for Homer Haynes from the country duo Homer and Jethro.

Christie’s estimates that all the guitars sell for between $ 5,000 and $ 150,000. Gilmour will donate all proceeds raised from the auction to charity.

Discover David Gilmour’s Guitar Collection in the video below: