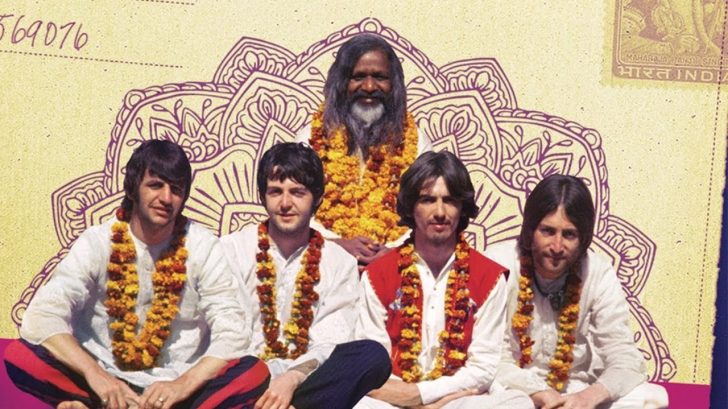 In February 1968 John Lennon, Paul McCartney, George Harrison, and Ringo Starr along with their wives traveled to Rishikesh for a spiritual retreat with the guru Maharishi. They felt unmotivated, artistically dry, and relationships between them silently suffered. In Transcendental Meditation they wanted to seek inspiration. His days in India, the guru’s ambition, improper sexual practices, and Lennon’s fury.

“It was as if a door had opened in my subconscious, perhaps from a previous life. “

The Beatles have always been one of the most important groups in the history of music and one could argue that they have been the most important as such. Every every concert, every album, every song was a historical event that has managed to remain preserved in the collective memory of the world and there are moments, such as this journey of Brits to India, which have endured for many reasons.

Ringo Starr Compares The Place With The Camps To Britain’s Low Price For The Holidays.

“Some kind of spiritual Butlin’s.”

It is always important to know the context of situations in order to understand something that perhaps a priori does not seem to make much sense: Why what the most important band in the world, possibly in the maximum peak of its popularity, would spend a season in India, a market that was not very wealthy in those years and where they did not drag so much popularity? Well, there is a very important factor to consider: the spiritual.

The Year The Beatles Traveled To India

The trip was originally going to take place in late 1967, but due to the death of the band’s manager, Brian Epstein, they decided to postpone the event for a few months, so they ended up traveling to India in February from 1968.

It is important that we emphasize the figure of the Maharishi because he has come to have a significant role in this stage of the Beatles, not only because of the trip to India in question but also because of the role and degree of influence that came to have about the band. Some historians of the band have noted that the Maharishi was one of the most important factors in the change of atmosphere in the group that led to their separation, but both McCartney and Harrison have denied these positions.

The Trip In Question

“John and George were in their element. They swooped in full at the teachings of the Maharishi, they were relaxed and above all had gained the peace of mind that I had long denied them.” – Paul McCartney

The Motivation They Had For Going To India

Although they spent those weeks in India with a less sumptuous that they enjoyed in England, the Beatles still had several important elements for your day to day in what could be considered a spiritual retreat; they had electric heaters, functional water systems, toilets, electrical systems, and even British style furniture to feel at home on the premises where they were staying.

The Maharishi Readings included different types of stories to deepen the value of their lessons, the most fundamental foundations scientific studies of his method of meditation above the spiritual and the seven levels of consciousness that could be achieved by maintaining a certain degree of concentration in relation to what was sought to achieve; according to reports, articles and books that have been written about it, George Harrison demonstrated the highest degree of commitment whereas Lennon perhaps had the most relaxed and casual approach to the whole experience.

The Peace Of The Ashram.

The spiritual retreat in Rishikesh, at the Maharishi Ashram. They would not be alone. It was a course to train teachers in the discipline of TM. In addition to other Western students, there were several celebrities. Mia Farrow and her brothers, Mike Love of the Beach Boys, jazz musician Paul Horn (considered today one of the pioneers of New Age music), singer Donovan, photographer Paul Saltzman (who with his photos and memoirs of those days he edited a beautiful book) and the only journalist of the group Lewis Lapham (who also published recounting the experience).

The Impact Of The Trip To India On George

“We have all the money you could dream of. We got all the fame that you could to wish. But that is not love. It is not health. It’s not inner peace, is it?” – George Harrison

As we have mentioned so far – and as it has been exhibited in multiple documentaries, articles, and others in relation to this event-, the Beatle who was most influenced and impacted by the experience in India was George Harrison, so it is important that we do emphasize it for a moment.

In fact, it is during this period of the band that Harrison achieves to introduce the influences of Hindu music in the sound of the Beatles and not only achieves that the band can transcend, expanding its style to one much more eclectic, but also positioning on the map the imprint of Middle Eastern music in the western market.

“Regardless of what I am supposed to be doing, I did some of my best songs there.” – John Lennon

As has been said on multiple occasions and in different circumstances, this period of the band was essential for the development and growth of the which would be one of his most important works, the great White Album. According to many insiders of the band, this period found them very united and focused, beyond some differences between McCartney and Harrison in what should be the direction of the band during those years.

Ringo Starr’s First Composition By Himself

It was on this trip that Ringo Starr was able to make his first composition. solo: the song called Don’t Pass Me By. Many of the songs of the band on this trip, as you can imagine, it was about the environment in which that they were and a slightly more spiritual theme about the simplicity of things in this world, which represented another change in the progression of the band and in the methodology in which they structured their songs, little by little introducing the Hindu influence, mainly driven by Harrison.

White Album, And The Clarity Of The Meditation

Also noteworthy is the state of mental stability that the four were enjoying during the compositions in India due to the fact that they did not consume any type of drugs during their stay in that country. Yes, the previous albums had been defined by the notorious consumption of LSD or marijuana, the White Album would see them taking advantage of the state of relaxation and clarity of Transcendental Meditation to make music with more care and precision than in recent years, which was demonstrated in the job in question.

Hindu customs, their music, and their clothing entered the West at the hands of the Beatles. Also the practice of meditation. That, some good stories (with found versions) and a handful of great songs, is the legacy of those February days 52 years ago in India.

Note: Check the feature image above

Conclusions From The Beatles’ Trip To India

“There were no fans, there was no press, you didn’t have to rush with schedules tight. And in this freedom … they created more wonderful music than in any other similar period in their illustrious careers. ” – Photographer Paul Saltzman

It should also be noted that there are authors who have said that Lennon left India personally offended upon hearing rumors that the Maharishi he had abused a couple of the women who had accompanied the Beatles on the trip, but that has been denied by both McCartney and Harrison over the years, although that aspect of the Hindu guru has endured and a certain skepticism has been maintained with regarding your public image.

According to many reports, the Beatles made a total of forty songs on his stay in India, and the vast majority from their next album was composed there, making a substantial difference to what had been the modus operandi up to that point; possibilities were even raised to record the album in question in India by Harrison, but McCartney closed that suggestion early on (one of many internal problems that would grow in the coming years).