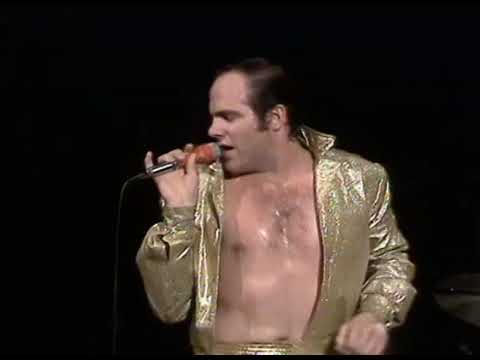 A group of college kids from New York, David Garrett, Donny York, Dennis Green, Richard Joffe, and Robert Leonard, were enthusiasts of the du-duá that was made in the late 1950s and especially of the New York school, which they added choreography, good humor and certain lyrics about the sub-culture of the city.

Sha Na Na was a comedic rock group formed in New York City, who played versions of 1950s doo-wop hits, as well as interpreted the urban culture of that era in their concerts, and one of their iconic performances was Elvis Presley’s Jailhouse Rock in 1973.

The band Sha-Na-Na was originally formed in 1969 as an Acappella group at Columbia University in New York under the name The Kingsmen. There they first performed a wide range of different music genres, until, due to the popularity of the music of the 1950s, they decided to only play classics of that time under the name Sha Na Na. The name comes from the song Get A Job (1957) by the Silhouettes.

With their appearance at the Woodstock Festival, Sha Na Na became known to a wide public and began to establish themselves in the American rock ‘n’ roll landscape. Sha Na Na was the only unsigned Woodstock Festival performer; they played for about 40 minutes for $300 on the last day of the festival right before Jimi Hendrix’s performance.