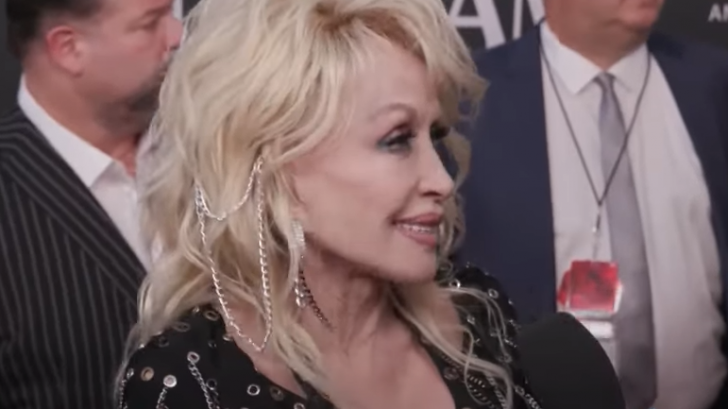 This past weekend’s Rock and Roll Hall of Fame ceremony included Dolly Parton. Naturally, given the music she creates, this nomination has generated debate. Dolly Parton first felt she wasn’t deserving of the opportunity because she had never released a rock record before. She seemed to have altered her mind, though, for some reason. The artist discussed this pivotal choice in the red carpet interview before performing the rock song she made especially for the occasion.

“I had to,” Assuming she came around to the notion of being inducted into the Rock and Roll Hall of Fame, the interviewer stated he imagined she remarked to him.“I said if they put me in, I would accept it gracefully. And I will. And I’m very honored and proud to be here with all these great stars. I just thought, well, I’m not equal to them. When you say Rock and Roll Hall of Fame, I just know that ain’t true.” She complimented John Taylor of Duran Duran for interjecting and saying, “Darling, you are,” and proceeded, “Anyway, I’m proud to be here.”

The country icon was honored on November 5 at the ceremony in Los Angeles after she changed her mind and chose to take part. She announced in her victory speech that she planned to record a rock album and declared, “I’m a rock star now!” to mark the occasion. ’

She sang the song “Rockin,” which she created especially for this occasion, as her closing acceptance speech. The concert then started when she left to change and reappeared carrying an electric guitar, chains, and a leather costume. Following her performance, the musician was joined by many rockers, including Simon LeBon, Dave Stewart, and Rob Halford, who accompanied her while she performed “Jolene.”

When her candidacy was initially made public, celebrities like rock icon Joan Jett claimed that she deserved it wholeheartedly. Dee Snider and a few others disagreed, claiming that while she was fantastic, she wasn’t rock & roll. Rob Halford was among many who pointed out that this ceremony’s character had altered. He said that the Rock and Roll Hall of Fame’s current status, in which it has abandoned its roots and become the Music Hall of Fame, was consistent with her selection.

Despite the fact that there are diverse opinions regarding the selection, including those of Dolly Parton herself, the country music legend ultimately appeared to be really happy with her new position. All eyes will be on her to see if she releases the rock album she promised in her address. Perhaps her leaving the stage and changing into a different dress was a foreshadowing of that.