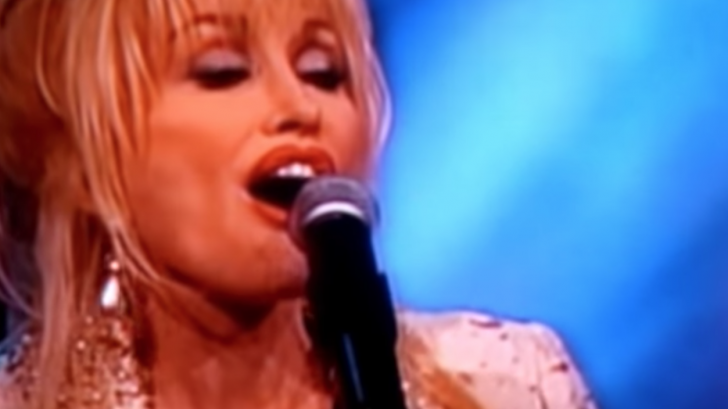 Written by Led Zeppelin and featured on their groundbreaking 1971 album Led Zeppelin IV, the already otherworldly “Stairway to Heaven” took a turn for the seriously supernatural when in the early 2000’s country legend Dolly Parton gave it a sexy, swampy update.

With the help of her world class band backing her up and a voice like you wouldn’t believe, Dolly’s version of “Stairway to Heaven” as performed at Dollywood on her Live & Well Tour was an experience that left the crowd walking away feeling more than a little dazed.

It’s hard to imagine that a song as big as this could be stripped down to its parts and put back together in an entirely different genre but if anyone could get the job done, it’s Dolly. Somehow, the bluegrass feel she’s given this classic rock epic feels right – Dolly’s voice lends that mystical, airy quality that “Stairway to Heaven” was always meant to have but still gives it a gravity that forces you to take it seriously, to listen closely.

That’s not an easy thing to do, especially when you’re working with someone else’s song – and a song that’s grown to be even bigger than the band that wrote it, to boot. The best part of Dolly’s unique take on “Stairway to Heaven” though, is by far the way she approaches the guitar solo aspect of it.

Easily one of the most difficult parts of the song to recreate or even attempt, Dolly turns it into a sweet little bluegrass style breakdown that showcases the beauty of the banjos, acoustic guitars, and lap steel guitars backing her up, creating one seriously can’t-miss-moment that you’ll find yourself rewinding over and over again.

Of all the covers of “Stairway to Heaven” that we’ve heard over the years, Dolly Parton’s has got to be our new favorite and once you take a listen, we’re sure it’ll be one of yours, too!